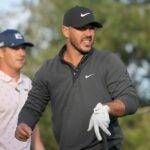 Check in every week for the unfiltered opinions of our writers and editors as they break down the hottest topics in the sport, and join the conversation by tweeting us @golf_com. This week, we discuss a nine-figure purse increase on the PGA Tour, aftermath of the Match between Bryson DeChambeau and Brooks Koepka, Tiger Woods’ Hero World Challenge, and more.

1. The PGA Tour, according to a three-page memo from Commissioner Jay Monahan sent to players, and as first reported by Golfweek, announced more than $100 million in purse increases for the 2022 season. The increases also span beyond traditional prize money — there are bumps in the FedEx Cup bonus pool (from $60 million to $75 million), the Comcast Business Tour Top 10 (from $10 million to $20 million) and the PIP Program (from $40 million to $50 million); the Play15 Bonus program, with a payout of $10 million, has been created; and the Players Championship purse expands to $20 million. The increase represents the Tour’s biggest movement yet in response to outside competition posed by the rumored league from Greg Norman-led LIV Golf Investments. (The news also comes just two weeks after the European Tour announced it is doubling its prize fund in 2022.)  What’s your read on the cash infusion? And what impact do you suppose it will have on the prospects of any rival tours?

Sean Zak, senior editor (@sean_zak): This is an example of the status quo for the PGA Tour. “Throw money at it” is a typical response. Thing is, it might be totally sufficient. It’s the Tour saying “we’ve got buckets of cash; don’t leave” to any Tour player considering other leagues. That said, those leagues might have more buckets, tho. Guaranteed buckets, too.

Josh Sens, senior writer (@JoshSens): It’s also an example of plain-old capitalism at work. When competition rises, flex any muscle you have to fend it off. No doubt it will catch the players’ attention. Sean is right that a competing tour could easily raise the stakes right back. But they’re going to need a bunch of big names to jump en masse, and this move would appear to make that less likely because at some point, you gotta figure the players are going to say to themselves, you know, I think I have finally have enough yachts to waterski behind. Think I’ll stay where I am (he said, contradicting everything he knows about human nature).

Nick Piastowski, senior editor (@nickpia): My read is that the Tour is scared of what may happen. And then, in turn, the rival leagues get scared. And on and on it goes. And up and up goes the money. The winner might just be the one with the biggest checkbook then. Does the golf fan benefit? Hard to know that right now. But if I have a son or daughter, I’m teaching them how to hit pitch shots from the crib.

Michael Bamberger, senior writer: The why is obvious; the PGA Tour thinks these much-discussed competing world tours are a real thing. You combat money with money. Retain your star players. But where does the money come from? Did Tour officials simply go back to their corporate partners and say we need millions and millions of dollars? The escalation of purses will mean nothing to ordinary fans, or maybe will be a negative for them. Playing for more money will ultimately lead to shorter careers, and that will hurt the Tour, too, just as constant movement has hurt baseball. But if your back is against the wall that’s your first and best move. Fight fire with fire. In this case, this is not a pillow fight. If Saudi money is really in play here, it will be all but impossible for the Tour to keep pace. Corporations have to answer to boards and shareholders. There are sensible limits. But one year at a time..

Alan Bastable, executive editor (@alan_bastable): Right, if the Tour has this much loot in reserve, the players might rightly ask, “Hey, wait a minute, where was this bump a decade ago?!” But, yes, money always talks, and I suspect these new riches — and revenue streams — will throw cold water on whatever LIV has been trying to cook up. (By the way, weren’t we supposed to have heard of some player commitments to the Saudi league by now?) I do fear what effect these new costs will have on the commercialism of the Tour. The networks are already showing precious little action during the telecasts. Will these new payouts mean more sponsor obligations to fulfill? I think we can probably guess the answer.

2. The fifth edition of The Match was played on the day after Thanksgiving, with Brooks Koepka defeating Bryson DeChambeau, 5 and 3, in the 12-hole event (and announcers Phil Mickelson and Charles Barkley delivering numerous memorable one-liners). What’s one thing this match taught you about each of its two protagonists?

Zak: It was a reminder via the smallest sample size that Bryson’s putting hasn’t been that elite in 2021, as it was in 2020. He missed some very makeable, nearly expected putts. It doesn’t matter, but we might look back on it next year. As for Brooks, maybe we learned that he’d be a ruthless money game opponent? Idk. Didn’t feel like I learned much of anything about either.

Sens: Sorry, but I could have learned more from watching reruns of Schoolhouse Rock. Each guy played exactly to his reputation.

Piastowski: Major Brooks — or in this case, Match Brooks — is still kicking. This exchange said it all, after Brooks hit a tee shot to within about 6 feet: Bryson: “Where is this on the PGA Tour, man. I mean, you’re playing so, so good right now, my man.” Brooks: “It’s kinda like my major right now, right?” The man — still — gets up — only — for the big ones. As for Bryson, I believe him when he says the iron game is a work in progress. It looked like it.

Bastable: Brooks and Bryson may be world-class golfers, but we officially learned on Friday that they’re 24-handicap smack talkers. You knew that element of this match was going to be strained but not until Bryson broke out cupcakes on the first tee did we know to what degree. I will say I’m surprised Brooks cruised. He didn’t play lights out, but he also didn’t play like a guy who hasn’t had a top-10 finish since July. As Nick says, he appears to still be a player who can flip the switch at will.

Bamberger: I learned that, like most of us, they’ll do most anything if a payday is in the offing. The whole thing leaves me cold.

3. In the wake of Koepka’s convincing win, is the Brooks-Bryson feud more likely to heighten or fizzle?

Zak: Fizzle. Unless we continue to bring it up and bother them with questions about it. Thankfully, we’re all over it.

Sens: That’s a pretty big ‘unless,’ Sean. Plus, there’s some genuine dislike between them. Tensions are bound to flare at some point. Let’s just hope it happens organically, like down the stretch in a major. We don’t need to see them in another Match.

Piastowski: It fizzles. It already has been. Twice Brooks noted on the broadcast that he was in awe of Bryson’s play, and I think it’s something like that that will put this feud to bed. Until they’re paired together in the final round of the Masters and Bryson steps in Brooks’ line.

Bamberger: The whole thing is more burnt than a nine-minute Frosted Pop-Tart. You’re grown men. Act like it.

4. Each iteration of The Match teaches us something about how it could be refined or modified. What was your biggest takeaway this time around?

Zak: That we need them playing a Top 100 golf course. Boy, am I BORED by the courses the Matches have been played on. But I was really enamored by Seminole last summer when TaylorMade held DJ/Rory vs. Rickie/Wolff there. The names and formats are fine. Give me a course to get excited about too.

Sens: That the further they stray from traditional match play, the better. The side competitions were much more interesting than any of the holes they played. I also liked that the announcers were able to razz the players mid-stroke. If they’re going to keep concocting these Matches, the larkier, the better. Take a page from Steph Curry and go full Holey Moley reality TV.

Piastowski: I’m going to go to my gambling roots here and suggest that players’ real money get involved. Even if at the end of the day it’s given to charity, let’s see some of the heat that we hear about from Tour pros during their cash games.

Bastable: Yeah, love that idea, Nick. Players staking their own cash would be great fun — and it’s all Monopoly money, anyway (see Question 1). The more serious these matches become, the less fun they are. No one wants to see guys barely acknowledging one another and grinding over 6-footers. Give us zingers and side action and launch monitors on every shot. Love to some women players in the mix, too. Mel Reid would be great.

5. Next up: Tiger Woods’ event, the Hero World Challenge, in the Bahamas this week. On the heels of Woods’ much-viewed swing video last week, do you: 1) Think that he will make an appearance at the event; and 2) If he is in attendance, what’s a question you would like to ask him?

Zak: I’ll bet he shows his face. He’s a corporate man, after all. He might just show his face virtually, tho. If I could ask him one question, it would be, “Have you enjoyed the past nine months not talking to reporters like us?”

Sens: I expect a cameo, in the flesh. I’d ask him, If you were a betting man, would you wager on yourself playing in the Masters?

Piastowski: He’ll be there. And I wrote five reasons why he will here! As for a question, besides the obvious, how about this one: Can you really believe Phil Mickelson won the PGA?

Bastable: Well, he’s already been spotted on the West Coast, which tells you he can handle the commute. And if he’s up hitting balls, presumably he has at least a couple hours of schmoozing in him. So, yes, I’d guess he’ll make an appearance. I’d be curious to know his last memory before the accident and the first thing he remembers thinking after it.

Bamberger: He will be there, answering questions in a manner that suits his narrative. He’ll press flesh as needed. The real question is what happened and why. I doubt he’s going there, ever. I do think he could go deep in Charlie’s golf game.

6. With Black Friday two days ago and Cyber Monday coming tomorrow, ’tis the season for golf deals. What’s the best golf value you experienced/discovered/purchased in 2021?

Zak: Best value in Chicagoland is Glenview Park Golf Club, where you can walk on the weekend for $35. One of those deals you won’t know until you go.

Sens: I’ve said it before, but it’s worth repeating: Lawsonia Links in Wisconsin. A Top 100 in the U.S. Great design. Laid-back atmosphere. For less than $100. With the possible exception of playing for the residents’ rate at Bethpage, I can’t think of better bang for your public-golf buck. If you know of one, please clue me in.

Piastowski: I got out to Sand Valley this year — and the most expensive beer at the main Mammoth Bar was four bucks! And that was for a 22-ouncer on tap. That alone has me itching to get back there next year.

Bastable: Took my foursome of kids to the Northern Trust, at Liberty National, in August. Cost: nadda! Kids 15 and under get free admission to PGA Tour events with a paying adult. Tip o’ the cap to Ponte Vedra!