The stars of the PGA Tour have battled over the entire season and fought through two playoff events over the last two weeks. Now, all that remains is the Tour Championship at East Lake, the finale of the 2019 FedEx Cup Playoffs. But the lucky few pros who have survived this far will face a new Tour Championship scoring system and format at East Lake.

The first change to the FedEx Cup playoffs format introduced this season has already happened. In the new system, the FedEx Cup Playoffs were reduced from four tournaments to three. After the 40 regular season events were complete, the Top 125 in the standings earned a spot in the Northern Trust at Liberty National, won by Patrick Reed.

The Top 70 players at the end of the Northern Trust made it to last week’s BMW Championship at Medinah, where Justin Thomas stormed to victory to set himself up for a shot at the FedEx Cup crown.

Following Thomas’ win, 40 more players were eliminated, including Tiger Woods. Now, the final 30 pros have gathered at East Lake outside of Atlanta, where they will play four rounds to determine the Tour Championship winner and the FedEx Cup champion. But the Tour Championship scoring system is radically different this year. 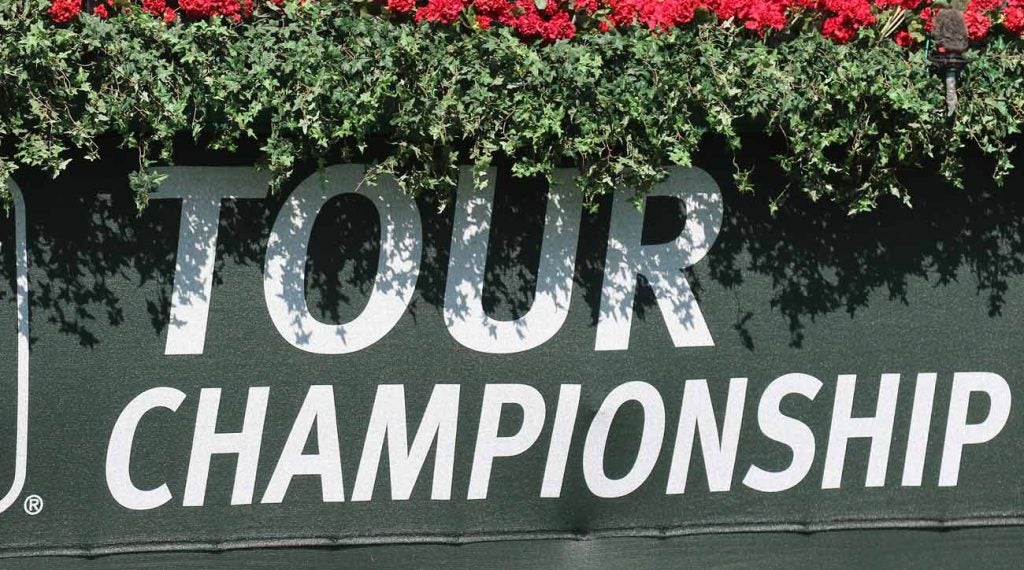 The Tour Championship has a new-look scoring system for 2019.
Getty Images

From there they will simply play a normal 72-hole event with the lowest score at the end winning both titles. That means for the player ranked 30th to win the Tour Championship and FedEx Cup, he’ll have to beat the No. 1-ranked player by more than 10 strokes.

With the field set, we can look at where the players’ scores stack up on the Tour Championship leaderboard before the tournament begins.

A silver trophy isn’t the only thing on the line at East Lake, a lot of money is at stake, too. The player who is crowned FedEx Cup Champion will receive a whopping bonus of $15 million. In addition, the Tour Championship win will count as an official PGA Tour victory, and the champion will receive a five-year Tour exemption.

The runner-up gets a nice pile of cash, too: $5 million. The payouts decrease as you go down the leaderboard, with eight players guaranteed to make at least $1 million. But no one gets left out; every player who makes it the Tour Championship receives a minimum payout of $395,000.

One obvious positive to the new Tour Championship scoring system is that there will be far less confusion about who is leading the tournament versus the FedEx Cup. With only one leaderboard combining the two races, it definitely will be easier for viewers to follow along. Although, there could be unforeseen consequences. Had the new system been in place last year, for example, Tiger Woods would not have won the Tour Championship, which capped his comeback season and set him up for major glory at Augusta in April.

Only time will tell if the new scoring system sticks around for the long haul.