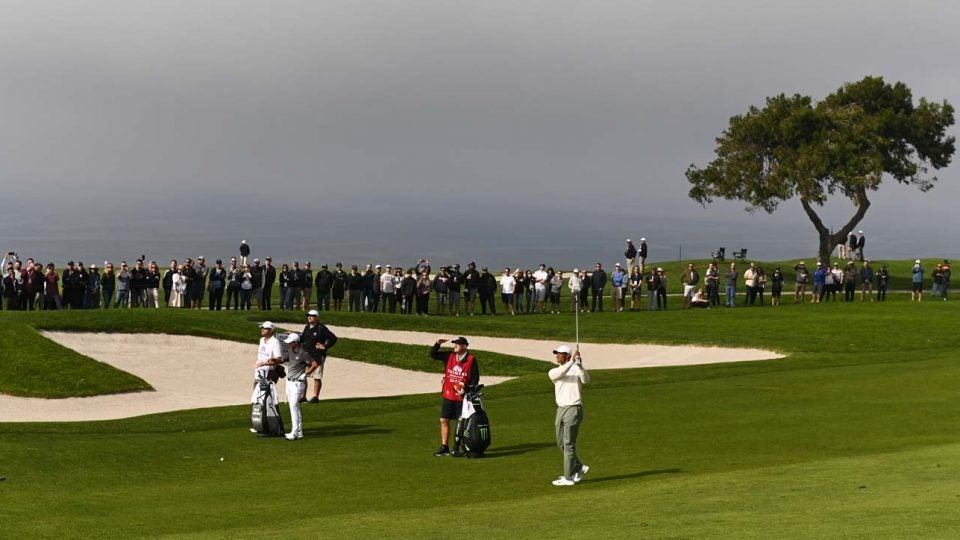 The first two rounds of the Farmers Insurance Open are split between the two championship courses at Torrey Pines: the North Course and the South Course. The competition then switches to the South Course for the final two rounds. That’s bad news for all the players lucky enough to make the cut, because this year the South Course is playing much, much harder than the North, and it’s not even close.

The South Course, which hosted the 2008 U.S. Open won by Tiger Woods, has always been a more difficult test than its sibling track. But at this year’s Farmers, the difference is truly striking. There’s only one stat we need to look at for proof, and that’s the scores players have posted across the two courses so far.

Justin Ray of the 15th Club shared those stats on Twitter Friday night. And the numbers are astounding.

Through two rounds, the combined score on Torrey’s North Course is an impressive 221 under par. The script is completely flipped when we look at scores on the South Course. On the South, the PGA Tour pros have put together a combined score of 201 over par.

The field is +201 on the South Course through 2 rounds, 221-under on the North. 20 of the 24 rounds of 67 or better have come on the North Course. Nearly a three-stroke difference over two days on average between the two. #FarmersInsuranceOpen

If you’re not a fan of math, that’s a whopping difference of 422 strokes to par. Furthermore, Ray notes that “20 of the 24 rounds of 67 or better have come on the North Course.”

Those numbers should strike fear into most of the field, but it could be a positive for players with more experience on the South Course, such as Tiger Woods.

So if you’re a Tiger fan, have no fear. Given the realities of Torrey’s premier test, and his track record playing it, Woods is well within striking distance with 36 holes to play.