This week’s Farmers Insurance Open will be played at Torrey Pines, which has two courses, the North and South. The more famous of the two, the South Course, ranked 24th on GOLF’s most recent list of Top 100 Courses You Can Play. What’s your take on that ranking? Too high? Too low? Just right? Why?

Sho Tobari (Panelist since 1990; has played 56 of the World Top 100): A little too high. Beautiful scenery and location, but not much strategic routing. I like the South Course and I play both courses often, but they don’t give me the sensation of playing courses of the highest echelon. They place is closer to 30-40 in my ranking.

John Dempsey (Panelist since 1995; has played 75 of the World Top 100): I think that ranking is a bit high. I admit I haven’t played it in five years or so, but Torrey is now bordered by commercial development that almost seems to be crowding it into the sea. It diminishes the impact that Torrey’s beautiful setting used to have. Sorry, but while Torrey Pines South and North still have places in my Top 100 You Can Play, they are in my second 50.

Travel
What’s the best way to cap a round at Torrey Pines? Ordering this delectable Drugstore Burger

Jeff Lewis (Panelist since 2003; has played 97 of the World Top 100): Torrey’s ranking is extremely high. It’s hard not to get a kick out of walking in the footsteps of our heroes when certain venues routinely host huge, televised events. One of the most unique aspects of being a golfer is that anyone can play the U.S. Open, Open Championship or PGA Championship courses without needing special access. But it’s those two components that often lead to overrated golf courses hosting big events and having pretty views. Check and check, in Torrey’s case. I would say it should probably be in the 60s or 70s of the Courses-You-Can-Play ranking.

Hal Phillips (Panelist since 1997; has played 71 of the World Top 100): Way too high, in my view. I’d put it toward the lower-half of the list. I haven’t played the North Course since its renovation; I’m sure it’s nice (and a primo place anyone can play — as is the South). But I have to admit that I’ve never fully understood the allure here generally. Great long views. Pleasant parkland. Play where the pros play. All good. But the terrain where the holes actually lie isn’t very compelling. Plus, whoever routed this course seemed determined in some places to pointedly avoid creating drama/strategy. The par-5 13th is a pretty epic hole, but 14, for example, seems to literally go out of its way to avoid the canyon at left.

Steve McHugh (Panelist since 2009; has played 75 of the World Top 100): The South rating seems quite high for me unless you’re ranking really tough tournament courses. The course is a bit monotonous and very demanding, requiring long, straight shots with little strategy. It consists of mostly straight holes with bunker(s) on one or both sides of the fairway and elevated greens protected by two bunkers. The greens are mostly pitched back to front. I like to have fun when I play golf. Torrey is not that much fun. 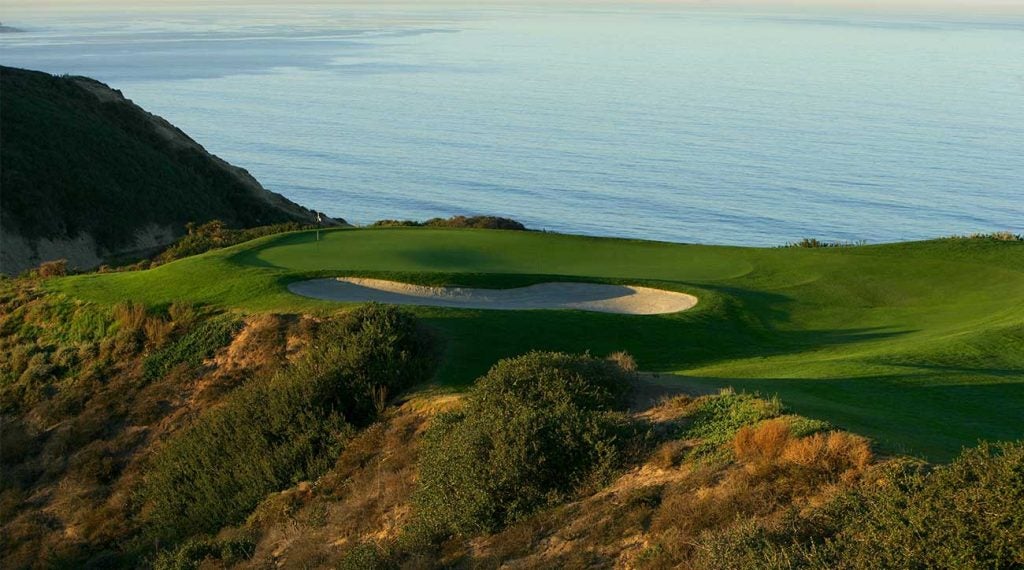 Torrey Pines was highly ranked in GOLF's Top 100 Courses You Can Play, but our course raters are conflicted over its architectural value.
Getty Images

Originally designed by William Bell in the late 1950s, the North and South courses have both been renovated since, the South by Rees Jones, the North by Tom Weiskopf. What are the strengths and weaknesses of each course? And if you had carte blanche, what changes, if any, would you make?

Dempsey: I like the Weiskopf redo of the North — at least for tournament golfers. It’s a bit difficult for municipal course golfers. Torrey often suffers from condition issues due to the relationship it has with San Diego County, though I understand things have been better lately. With a magic wand, I’d focus more on limiting or reducing the development that surrounds the courses.

Lewis: I would love to see some photos of the originals, but I suspect that there has never really been anything to work with there. The post-war period through the emergence of Pete Dye is what we call the Dark Age of golf architecture. We could wipe it all away and not lose much of anything. Great courses have central hazards: bunkers, streams, barrancas, whatever. They combine decision-making and execution. Torrey North and South generally have their fairway bunkers on the sides and are mostly pretty straight. Bland is the best word. I would imagine that a redesign that created more strategic interest with more aspects with which to contend in the line of play would be a big plus.

Tobari: Most of the fairway lines are straight and do not require an ideal shot for a good look into the green. I would make the fairway cut lines sexier and put the bunkers more in line, requiring players to hit cuts, draws, low shots and high shots. As far as the North is concerned, I think Weiskopf made a good change. The North is fun to play now.

Travel
Course Rater Confidential: What are the best public golf courses to play in Palm Desert?

Phillips: There are not many elite strengths, I’m afraid, aside from accessibility. The renovations seem, to me anyway, to have been Tour-driven, lessening the experience for mortal golfers 51 weeks of the year. This was always one of those places where they mowed everything down and players wailed away with driver. It’s still suited to both pros and amateurs in this way. But the new green complexes — raised up surfaces, nicely angled but menacingly bunkered — are surely a nightmare for 20-plus handicappers. Look at the green-fronting bunker on the signature par-3 3rd. Beautiful setting, one of the few bits of terrain well leveraged for drama/strategy. But that fronting bunker (expanded in the redesign) really screws all but the best players. I know there are forward tees, but how many 200-yard par-3s — even downhill ones — demand the player to fly the ball in like this one does? Especially in the wind, this hole begs for bouncing the ball on, but that’s not feasible any longer. Not sure what can be done here to save/upgrade. I would love to see the original plans — and better yet, the setbacks required by California environmental statutes in the 1950s. Because it really does seem, while you’re playing it and even looking at aerials, that the canyon hazards are set SO far back from the line of play. Some imaginative back-tee placement could better leverage the edges but that’d be for TV and the pros mainly. I suppose it’s wise to leave well enough alone and remember for whom this course was built — and for whom it remains a perfectly delightful venue those 51 weeks a year.

McHugh: Both pieces of land are spectacular, but the golf value of the holes on both North and South are pretty tame in comparison to the available land. I compare it to Kauri Cliffs, a little. Great piece of land with an average golf course on it. I slightly prefer the North, as it is not as repetitive as the South. I find the North slightly more memorable (other than the 3rd and 18th on the South). There’s greater variety on the North. Every hole feels the same on the South: long and hard. If you were allowed free rein, imagine a strategic design with the barrancas, vistas, cliffs available on that land, could be spectacular. Imagine Cypress or Pebble Beach on Torrey Pines land. Wider fairways, bailout areas, not so many raised greens. It would be spectacular. Both courses are just not much fun. They are just hard. Golf shouldn’t be like going to the dentist, you shouldn’t feel relieved it’s over. 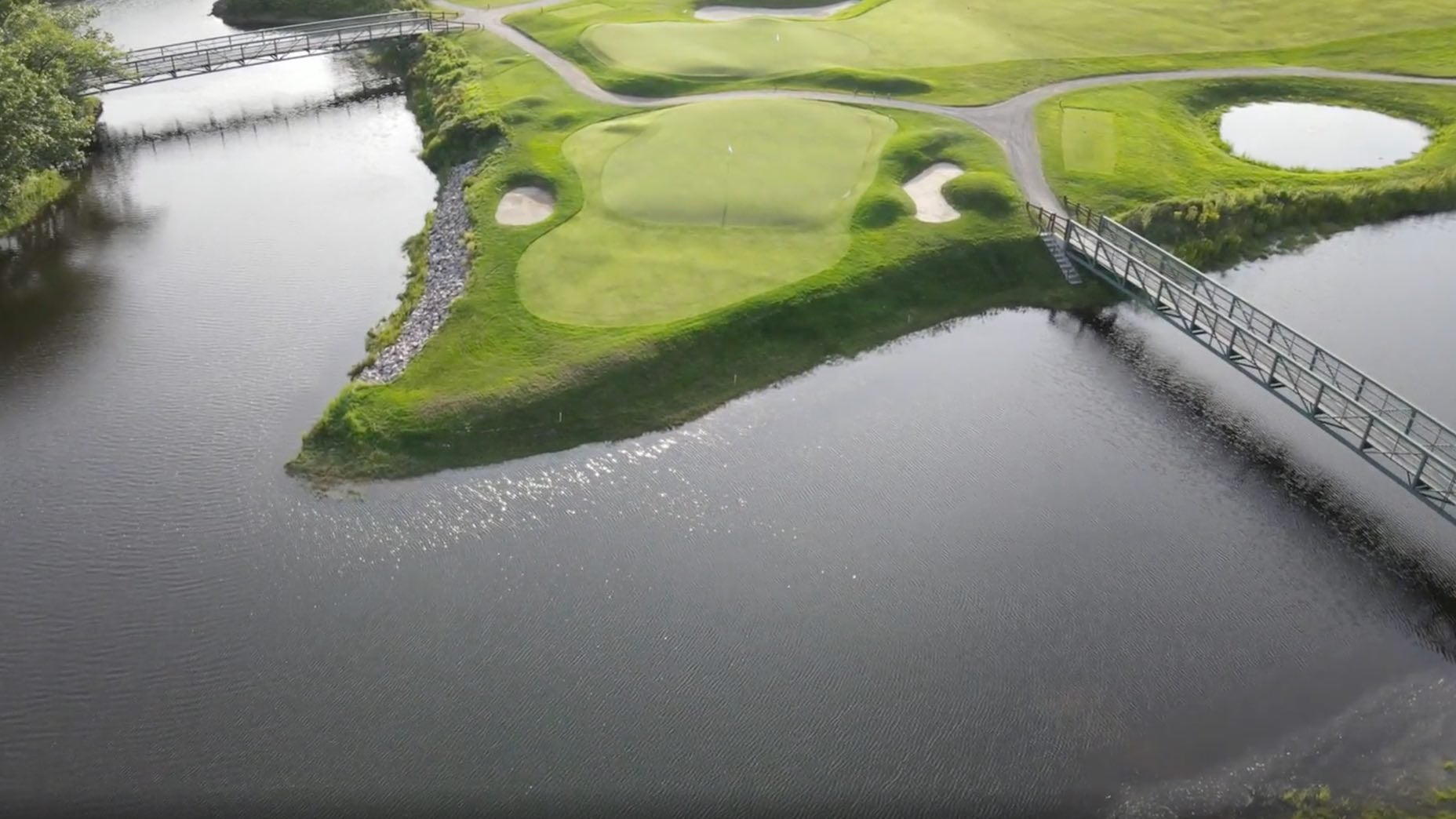 Why Maine (yes, Maine!) is an underrated golf destination