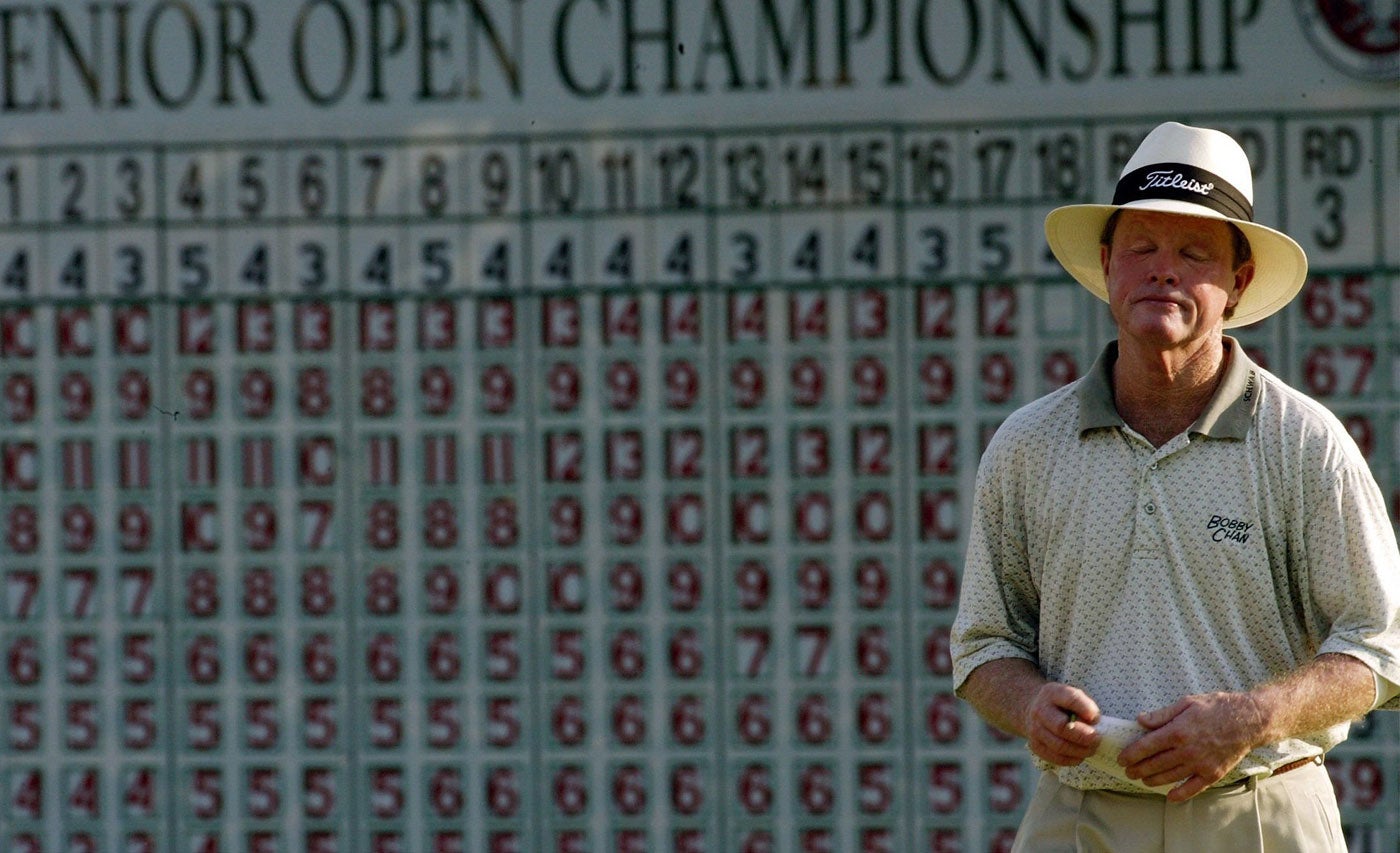 Tom Kite- Known as one of the most consistent players on Tour. Once known as the best player who had not won a Major. 1992 U.S. Open Champion, World Golf Hall of Fame Member, and.... diaper wearer? We're not sure what to call the triangle-shaped shorts Tom Kite is wearing in this 1984 photo from a sports medicine lab in Los Angeles. Trants? Trorts?
Tony Roberts

Christy Kite, the wife of 1992 U.S. Open Champion Tom Kite, passed away at age 63 yesterday after a three-year battle with cancer.

Golf Channel noted her passing during its broadcast of the Mitsubishi Electric Championship from Hawaii on Saturday night and shared an email Tom Kite sent to friends, which read in part:

“Last night the good lord took my girl away from all the pain and grief of this world to be with him … Christy fought a long tough battle, but cancer is a formidable, unrelenting foe. She lived a good life, and she would like for you to celebrate her life along with us.”

The Austin American-Statesman’s Kirk Bohls reports Christy was a fine player as well and competed in college at Arizona State.

Tributes to her poured in throughout the day on social media:

The Champions Tour family mourns the passing of Christy Kite last evening. Our thoughts and prayers go to Tom and the entire Kite family.

Christy Kite died Friday in Austin form cancer. She was a brave, kind woman who helped me immensely so many times. http://t.co/QkKKpTYK2B

Sympathies to Tom Kite and his entire family as his wife, Christy, passes following a long battle with cancer.

Thoughts and prayers w/ Tom Kite, his son David, and daughter Stephanie on the passing of their beloved wife and mother, Christy #tooyoung