Here’s why Tiger Woods, JT and Jordan were stranded at Domino’s in Japan for 90 minutes 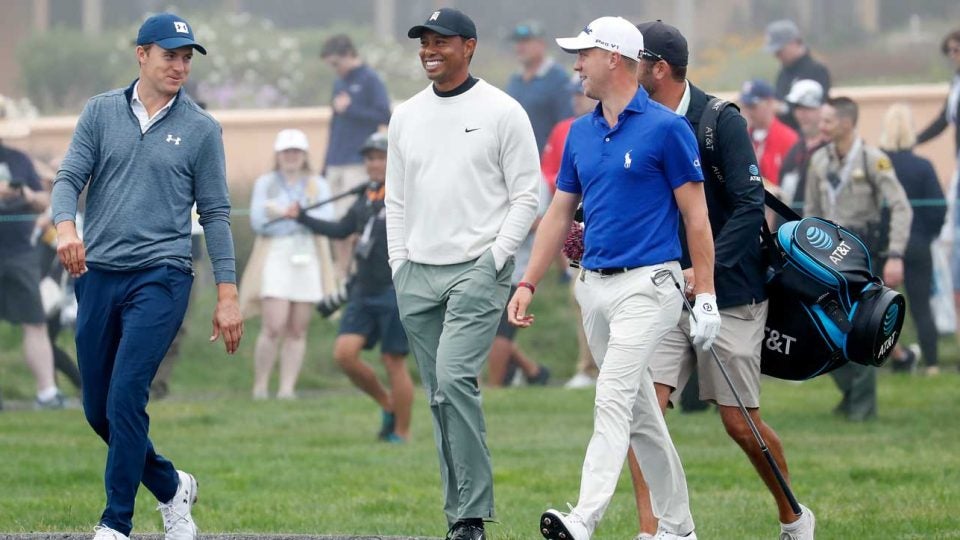 If you’re wondering what the players did all day on Friday while torrential rains pounded Narashino Country Club and resulted in play being cancelled for the day at the Zozo Championship, we now know some details, courtesy of a Golfweek report by Steve DiMeglio.

According to DiMeglio’s post, a group of six golfers including Tiger Woods, Justin Thomas, Jordan Spieth, Gary Woodland, Bubba Watson and Ryan Palmer, as well as some friends, decided to take in a showing of Joker at a local movie theater.

When the movie ended, the group was told their courtesy transportation had not been able to return to the hotel because the roads had become impassable. That meant there was no available Uber or taxi service, or functional public transportation of any kind, either.

So, the group made a very relatable decision: They went to Domino’s. Even though there were reportedly no tables in the restaurant, six thin-crust pies were ordered, and the gang ate the pizza standing up.

It took about 90 minutes of killing time in Domino’s before the streets cleared enough for the group to head back to the hotel. During that time, DiMeglio reports that Tiger and his girlfriend, Erica Herman, headed to a nearby 7-Eleven and, remarkably, were only approached by two fans for a selfie.