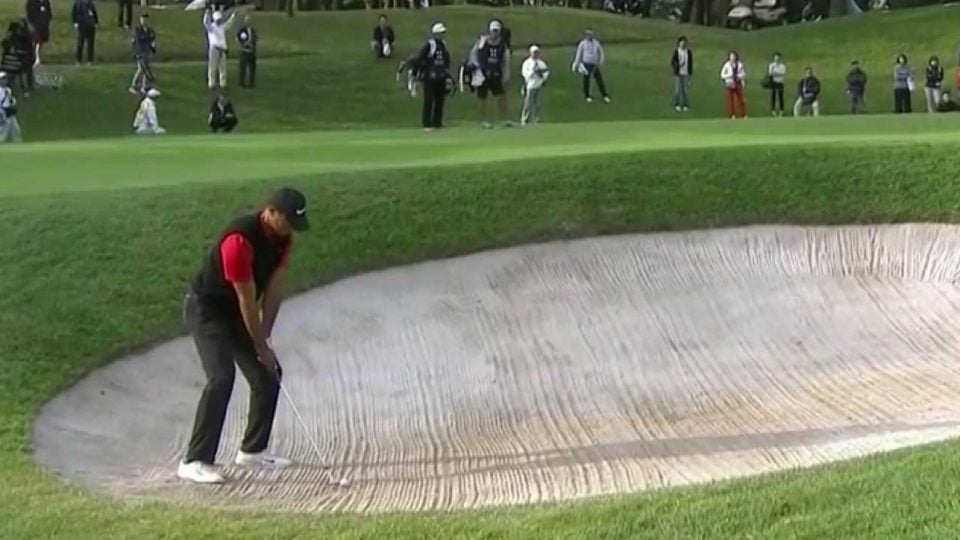 Tiger Woods blasts out of the bunker on Monday at the Zozo Championship.
Golf Channel

Tiger Woods had a three-stroke lead and seven holes remaining when he woke up on Monday morning, and that’s all that stood in front of him and PGA Tour victory No. 82.

But on Monday in Japan, when the final round of the Zozo Championship resumed, Woods got off to a rough start and suddenly this tournament is much, much higher.

Playing the par-4 12th, Woods found the left side of the fairway off the tee but left his approach well short into the bunker, slamming his club into the ground in frustration. From the sand he left his third shot short of the hole and spun it back even farther away from the cup. From there he missed his par try from about 20 feet and tapped in for bogey, and just like that his lead was trimmed to two over Hideki Matsuyama.

Can Woods hang on to win No. 82, and claim his third victory in the last 14 months? It just got a little more difficult. You can follow the final round here.