Tiger Woods’ projected career earnings are more than you might think 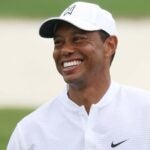 Tiger Woods is expected to finish with a hefty amount of career earnings.

Tiger Woods has been among the most successful athletes of all-time. And with that success has come money — a lot of it.

According to Forbes, since Tiger turned pro in 1996, he’s made around $1.5 billion in endorsements, appearance fees and course design fees. Add to that the more than $120 million he’s made on the course and we can estimate that Tiger has earned somewhere in the neighborhood of $1.6 billion in his career.

And though Tiger has entered the twilight of his golf career, there is still plenty of cash left to be made for the 44-year-old. In fact, according to a recent report from New York-based financial firm Duff and Phelps, Tiger’s projected future earnings ranks higher than all but two golfers. The report is based on the “present value of each player’s potential future tournament winnings and the endorsement income they could earn in the remaining years of their professional career.” The report also caps the career earnings at once they reach Champions Tour age (50), so Phil Mickelson does not make the list.

The list is topped by Rory McIlroy, with an estimated future career value of $309 million, followed by Justin Thomas at $239 million. Tiger occupies the third slot at $202 million. You can read a breakdown of the entire report here.

Considering that McIlroy and Thomas have nearly two decades left in their careers according to the report, it makes sense that they have a higher future value. It also makes Tiger’s third-place slot all the more impressive as he’s expected to make more over the next six years than some players are expected to make in 25.

While Tiger may no longer be the best golfer in the world, he is undisputedly the most valuable one.

'It's a money grab': Rory McIlroy sounds off (again) against proposed super league