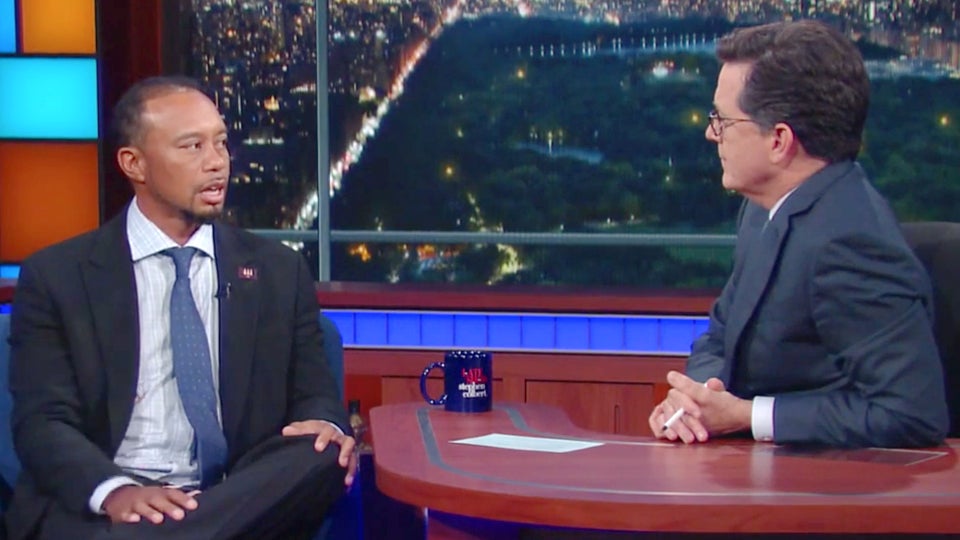 We knew Tiger Woods liked playing video games, especially Call of Duty, but this is extreme.

Appearing on the The Late Show with Stephen Colbert on Thursday night, Woods talked about his golf game, Arnold Palmer, playing golf with presidents, Donald Trump and more. He also talked about one of his favorite hobbies.

Due to his back surgeries and recovery process, Woods told Colbert he wasn’t able to practice as much as he wanted to on the golf course. So he did that in another way.

“So I applied my same intensity and my craft and my focus to Call of Duty. [Crowd laughter.] Don’t laugh!” Woods said. “I would spend eight hours a day. I get a 30-minute lunch break, I would be in my reclining grandpa chair playing. And then I thought I was good cause I got through the campaigns, no big deal, and then I went (and played) online. And when 7-year-olds are beating you from around the world — (it’s) humbling.”

Woods was supposed to return from his long layoff at the Safeway Open last week, but he withdrew. The next event he’s scheduled to play is the Hero World Challenge, where he is the host, in early December.

“I’ll be there, playing,” he told Colbert.

You can watch the full interview below. It also includes Woods talking about joking with Jordan Spieth at the Ryder Cup and explaining how he and his ex-wife Elin Nordegren get along.