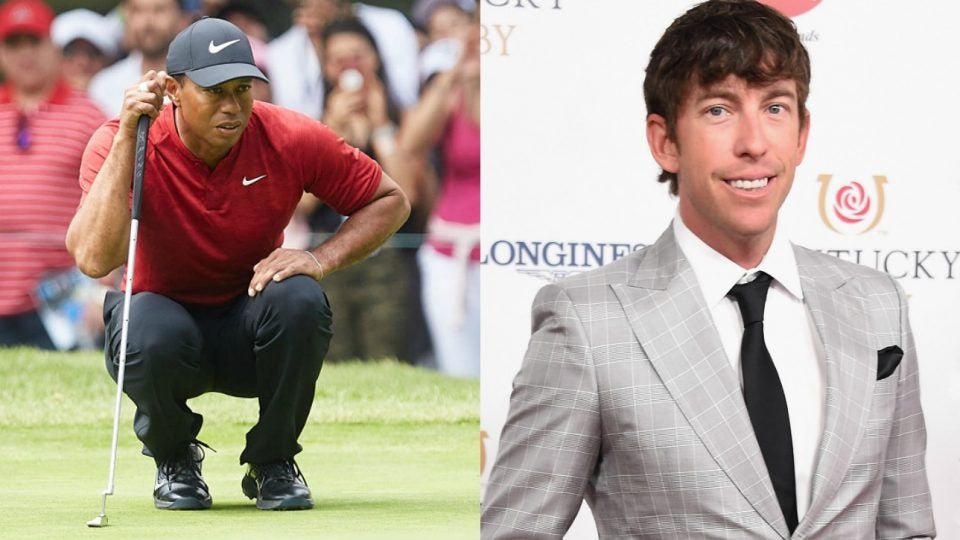 It’s Players Championship week, and despite some injury concerns that forced him out of the Arnold Palmer Invitational, Tiger Woods is back in the field this week. And not just that. On Monday at the Players, Tiger  was spotted on the range grinding with rising star golf coach Matt Killen.

Back of the range, @TigerWoods working with @MattKillen. I’ll have more tonight Live From Players on @GolfChannel

So, who is Matt Killen? Here’s a quick rundown…

Well-regarded by his peers, 33 year-old golf coach Killen is a rising star in the space. Killen was selected by GOLF’s Top 100 Selection Committee to be one of the 16 new members of GOLF’s bi-annual Top 100 Teachers in America list, and he’s already amassed a stable of Tour students. As a teenager, Killen gave lessons to Kenny Perry and worked with Justin Thomas’ father and golf coach, Mike, to improve JT’s game.

Killen is a lead instructor for the Discovery Land Company’s various properties. Based primarily out of Troubadour Golf and Field Club in Nashville, Tennessee.

But above all else, it’s Killen’s work that has impressed and fueled his rise up golf’s coaching ranks. As Justin Thomas’ short game and scoring coach, Killen has helped propel JT to World Number One. JB Holmes, another Tour student of Killen’s, collected the 2019 Genesis Open under his tutelage, and he’s also helped Bud Cauley work his way back from injury following a serious car accident last year. I asked Justin Thomas last week about Killen’s influence on his game, and JT’s praise for his golf coach was effusive:

“Matt’s great. I’ve known him a long time, and he really helps me take all the things I’m working on on the range to the course so I can play my best golf,” Thomas said. “He helps me simplify things, and focus on the things I need to focus on.”

Now, Tiger’s enlisting Matt Killen as his golf coach to help with his putting at the Players Championship. Tiger’s .266 SG: Putting average ranked 44th during his 2018 season. His average is down to .168 in 2019, but the sample size is still small, and speaking to Golf Digest on Monday, Killen likes what he sees:

Killen doesn’t preach a set “method,” but instead focuses on tailoring his approach to each individual.

“I enjoy learning from others and watching their success,” Killen says. “My goal is to continue to help all players I coach, at various skill levels, reach their maximum potential.”