Justin Thomas asked Tiger Woods for advice after their first tournament round together.

ORLANDO — The first time Justin Thomas played with Tiger Woods in a tournament setting, he was coming off the best stretch of golf of his life.

He’d begun 2017 with back-to-back wins in Hawaii. He’d finished the year with his first major championship, his first playoff victory and a win at the CJ Cup. He’d picked up his first PGA Tour Player of the Year title and ascended to No. 3 in the world. And then he finished the season off with a trip to the Bahamas to play Woods’ Hero World Challenge, where he got paired with his childhood hero.

That, Thomas said at this week’s PNC Championship, was the first time the two played together in competition. Their trajectories entering the week couldn’t have been any further apart; Thomas was on a heater while Woods hadn’t played in nine months. They had played together plenty at Medalist in south Florida, but this was different. This time there were fans. And after the round, Thomas was curious what Woods thought of his game under the spotlight.

But here’s where Thomas’ memory gets fuzzy. That day at the Hero was the first time the two played together. Still, the Bahamas lacks the fans and fanfare of a full-field PGA Tour event, so Thomas suspects he might not have counted it. Instead, he thinks he may have asked for advice after the 2018 Genesis Invitational, when he played alongside Woods and Rory McIlroy in the first two rounds. 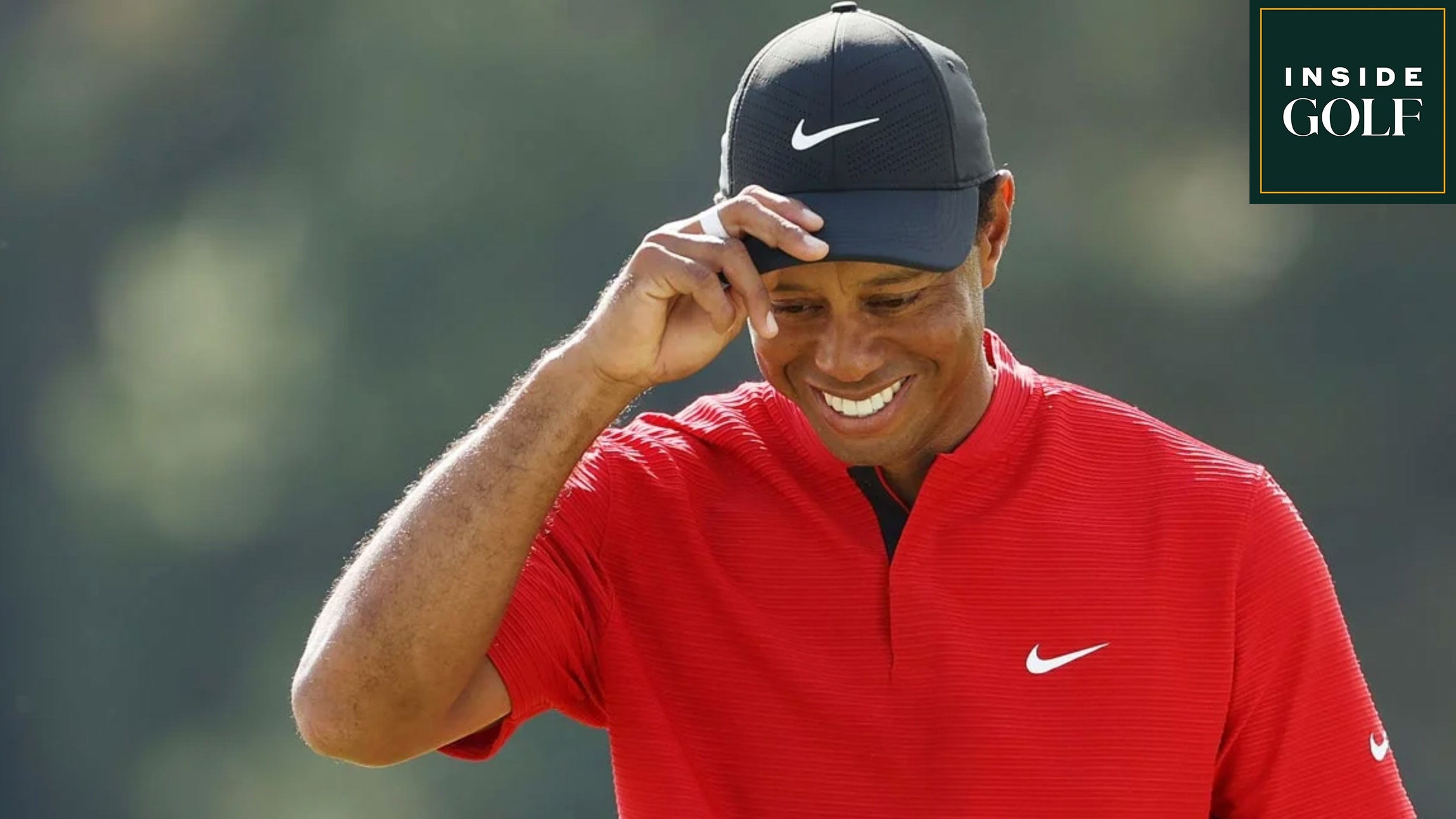 Tune in for exclusive Tiger insights

After the tournament in question, Thomas gave Woods a call.

“I’m like, ‘Hey, we played a lot at home, but now we played in a tournament,'” Thomas remembers. “What do you see in what do I need to get better at?”

It was tough advice to hear, Thomas said, but he took it to heart. He was the one that asked the question, after all. He’d wanted the feedback. He started building up his repertoire, on the range and on the course. He felt like it made him a more complete player.

“It’s a 9-iron, 160 yards to a middle pin, like, I’m going to hit a 9-iron. I’m not going to feel like I need to hook it or hit a big slice,” he said. “But at the end of the day, there’s definitely a lot of shots throughout the year that I’m able to use that to help me. Or there’s pins that I can maybe get close to that the person I’m playing with can’t. So it’s helped.”

Woods is old-school in this advice. Some modern coaches preach the gospel of single-shot mastery: Take one shot shape and own it. But Woods has always liked to own as many shots as possible. He has long spoken to the virtues of the nine-window drill, where you hit shots low, medium and high with a draw, fade and straight flight. He has always possessed a full repertoire of short-game shots, too.

“I also wouldn’t have wanted it to be like ‘No, man, everything is great, you’re doing awesome,'” Thomas said. “That would have been like, ‘Now you’re lying to me.’ I mean, you want to hear the harsh stuff. I think that also makes him a good mentor.”

“I hang out with Charlie quite a bit,” Mike said of their work together. “He likes to play golf. We’ll go out and play and work on his game a little bit.

“He’s pretty solid. He hadn’t gotten any taller. He’s a little stronger. He hits it very far for his size,” he added. “Just like a lot of those kids that age, it was the same for [Justin], you’ve just got to get your maturity level up to your skill level.

Justin explained that he’s been looking up to Tiger since before he’d ever met him, but it was Woods’ openness that made him a true mentor.

“His willingness to help I think is the biggest thing,” he said. “I mean, there’s a lot of things that he shared with me, not only my game, but just the game of golf in general that I’d never tell anybody just because, to be perfectly honest, I think it’s an advantage and I take a lot of pride and honor that he’s been willing to share some stuff with me.”

As for Justin’s mentorship of Charlie?

“I don’t think I can answer that question,” Thomas said.

Still, his father took a stab.

“I think Charlie looks up to him a lot. But like all four of our relationships together, the first thing we’re going to do is needle each other. So it’s probably less sage advice that he’s passing on and more verbal comedic abuse — because that’s just what we do.”

As for that original advice, Thomas acted on it immediately. But the exact date of the phone call determines how we tell the rest of the story.

If they consulted after the 2017 Hero World Challenge, perhaps there’s a tale to be told that Thomas worked on his game for the next few weeks, eventually culminating in a midsummer rise to World No. 1.

If they consulted after the 2018 Genesis, the story is even better and the advice worked even faster: Thomas won the Honda Classic in his very next start.

Either way, Thomas says he thinks back on Woods’ advice often, particularly when he’s evaluating other players on Tour.

“I see it in a lot of rookies or even players that have been out here that are kind of like, on that edge,” Thomas said. “It’s very, very similar to a lot of stuff that I see, and I can see why he saw it in me now.”