Tiger Woods on Hank Haney’s suspension: ‘He got what he deserved’

DUBLIN, Ohio — Tiger Woods is rarely blunt at the post-round microphone. But he didn’t mince words on Friday afternoon when speaking about his former swing coach Hank Haney.

Haney made headlines on Wednesday for making controversial comments about LPGA players on his weekday morning SiriusXM radio show, and on Thursday was officially suspended.

Woods was asked about the remarks after his second round at the Memorial. “He deserved it,” Woods said. “Just can’t look at life like that. And he obviously said what he meant, and he got what he deserved.”

The comments in question came when Haney’s cohost asked him who would win this week’s U.S. Women’s Open, and Haney responded, “I’m gonna predict a Korean. That’s gonna be my prediction. I couldn’t name you, like, six players on the LPGA Tour. Nah, maybe I could. Well, I’d go with Lee. If I didn’t have to name a first name, I’d get a bunch of them right.”

Haney’s comments were widely panned on social media, and he later apologized.

“Mr. Haney’s comments on women’s professional golf were insensitive and do not represent the views of the PGA Tour or SiriusXM,” read a statement issued by SiriusXM and the PGA Tour addressing his suspension. 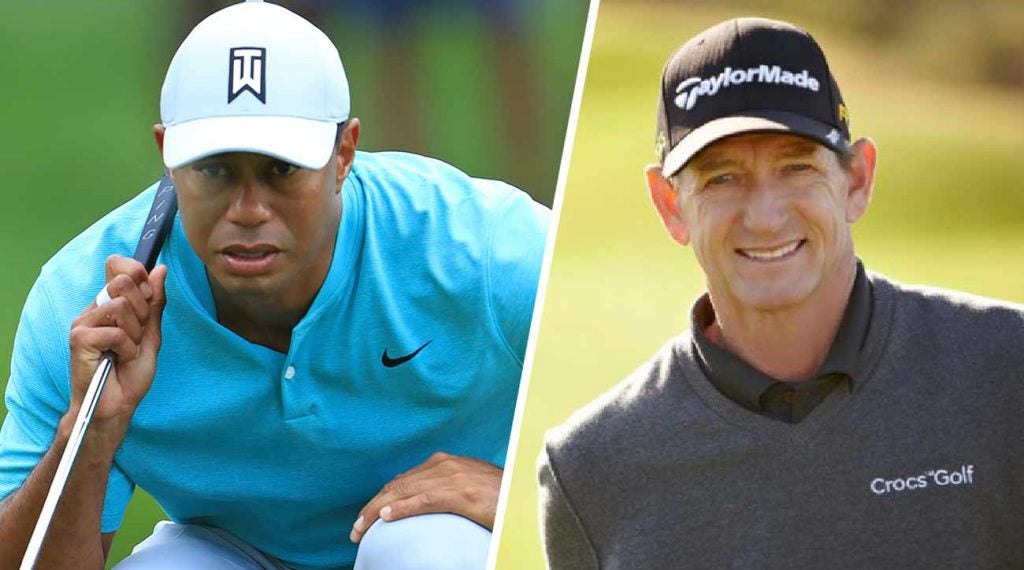 Tiger Woods is rarely so blunt in his press conferences as Friday, talking about Hank Haney.
Getty Images

Haney was Woods’ swing coach for six years and six major championships before the pair split up in 2010. Haney’s tell-all memoir about his time with Woods, The Big Miss, was reportedly not popular with Woods’ camp.

Woods fired an even-par 72 in his second round and sits at two-under, seven shots off the lead.