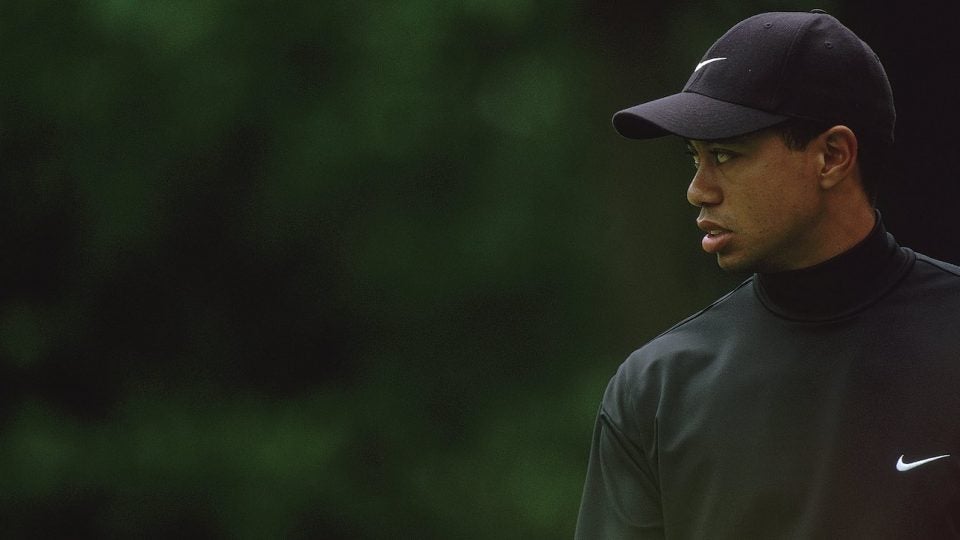 Tiger Woods of the USA in action during the 130th British Open Championship held at the Royal Lytham and St Annes Golf Club in England.
Getty Images

YouTube can take you down some interesting, time-consuming rabbit holes. During a recent research project, I came across some old commercials from Tiger Woods’ early days at Nike Golf — and the nostalgia washed over me. Chances are you’ve seen a few of them.

With so much time on our hands, now is as good a time as ever to take a few minutes and look back at 7 of Woods’ best Nike Golf ad spots, including a few when he was slinging golf clubs and balls before the Swoosh exited the hard-goods space in 2016.

The commercial ran just moments after Woods’ final putt dropped to win the 2019 Masters. Considering the enormity of the moment, the video perfectly encapsulates Woods’ historic return to golf’s pinnacle. Funny enough, it’s one of several commercials on this list where Woods didn’t say a word — yet still left a lasting impact.

Synchronized golf with Tiger Woods? Hand over the signup sheet. Funny enough, I’ve actually played some of my best golf after watching the rhythmic swings of the game’s best at a tour stop. I think Nike was onto something here.

Back in 2008, Woods stepped away from the game to deal with a damaged ACL, along with a double stress fracture in his left tibia, following his emotional win at the 2008 U.S. Open. While on the shelf, Nike came up with this humorous commercial that took after “The Good Life” — better known as a world where Tiger Woods isn’t laying waste to the field every week. I’m not going to lie: the Anthony Kim cameo is bittersweet. Miss you, A.K.

This commercial earns a spot on my list because I used to have this exact Nike Golf getup, Nike Air Zoom TW shoes included. Not to mention the late 90s Tiger swing was one of my absolute favorites. (Side note: the Air Zoom TW was arguably the least comfortable shoe ever constructed.)

3. ‘Frank’ at his absolute best

God bless the great Paul Giamatti for bringing Woods’ “Frank” headcover to life. You can’t go wrong with any of the Frank commercials, but this one around the release of Nike’s Ignite driver in late 2003 tops the list. We get a David Duval sighting — not to mention Rory Sabbatini (!!!) and John Cook — and maybe one of the best one-liners from Giamatti when he says, “Best contact you’ve made all year, Duval.” It’s tough to beat.

Yet another Nike commercial where you see Woods but don’t hear from him during the entire ad spot. Even though he changed his swing countless times over the course of his career, Woods’ move through the ball remains one of the best in the history of the game. Seeing it in slow motion just does it for me.

No list is complete without the best commercial Woods has ever produced during his time at Nike Golf. The famous juggling-golf-ball commercial first aired in 1999 and became an instant classic. What few know is it took Woods just four takes to execute the trick shot. Not only that, according to a CNet story from 2008, director Doug Liman, who shot the ad spot, noted Woods could only juggle for 28 seconds to fit the commercial parameters. It took Woods exactly 28 seconds from the moment he started juggling to when he connected with the ball in midair.

I’m going to assume Tiger nailed this is one take. Just don’t consider trying this one at home while you’re cooped up perfecting your #PlayingThrough trick shots.