The Open 2019: Shane Lowry gives emotional tribute to his caddie after major win

PORTRUSH, Nothern Ireland — Shane Lowry never walked alone all week. When the pressure was on, when the rain fell, when the wind blew, there was his caddie Brian “Bo” Martin by his side, helping him along.

“He’s become a very good friend of mine,” Lowry said. “Obviously we formed a great relationship and it was amazing for him today.”

In his press conference after winning his first major, the 2019 Open Championship, Lowry lavished praise on Martin, whom he credits with the upturn in his good play.

“Bo has been incredible the last year. He started caddying for me about September last year, and just when I started to play well again. So he’s just, like, he’s brought a new lease on life to me. He is so thrilled.”

Lowry said he confided in Bo about his fears of losing the Open, and Bo kept instilling belief in him:

“He was unbelievable today. He kept on my back all day, kept talking to me, he kept in my ear. I kept on telling him how nervous I was, how scared I was, how much I didn’t want to mess it up, how that all I could think about was walking down 18 with a four- or five-shot lead. And lucky I got to do that. He was great at keeping me in the moment today. He’s been great for me. Like I said, you see my results since then have been good.”

Two friends, a wonderful partnership, and a new major championship trophy to show for it. 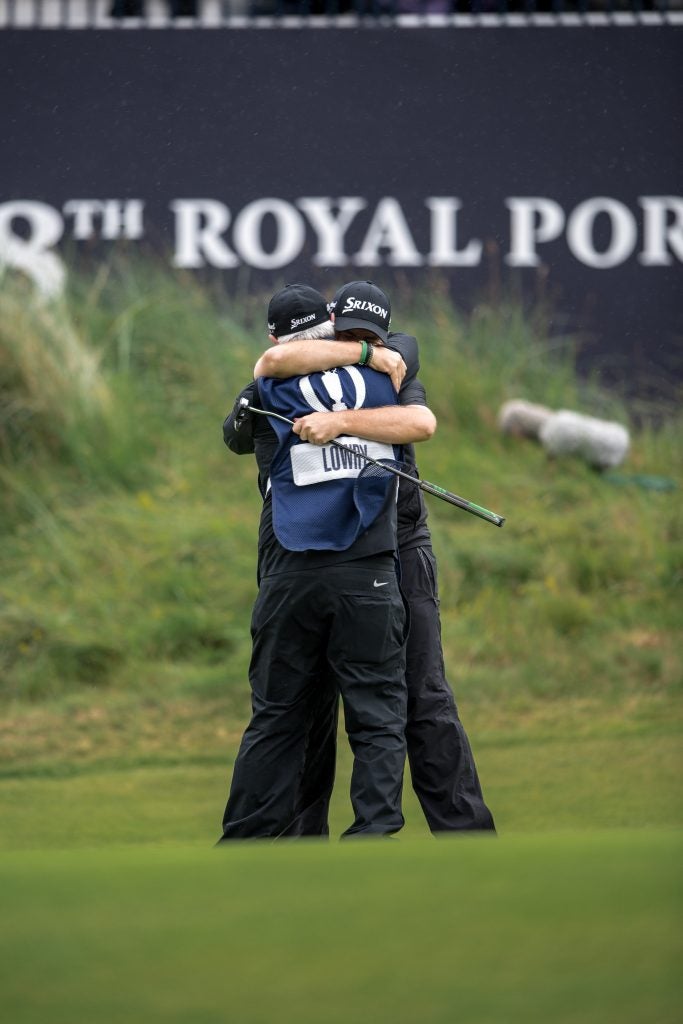