The stars were out Monday at Riviera Country Club, and Tiger Woods’s team took down Fred Couples’s, 18.5-11.5 in the Genesis Open’s inaugural Celebrity Cup.

Here’s how some of the day went down.

Amanda Balionis was on the scene to capture some of the opening tee shots for TGR Live Events.

Was this Woods sneaking some In-N-Out mid-round?

Nick Jonas seemed to have the approval of his captain.

And afterwards, Captain Woods was around to celebrate. “What an amazing day at the inaugural #CelebrityCup hosted by @tgrliveevents,” he wrote on Instagram. “Thanks to Fred Couples for serving as a team captain, to all the celebs for supporting @tgrfound, and to my winning team!”

What an amazing day at the inaugural #CelebrityCup hosted by @tgrliveevents. Thanks to Fred Couples for serving as a team captain, to all the celebs for supporting @tgrfound, and to my winning team!

What a successful day at the @genesisopen for the inaugural #CelebrityCup. Thanks to all the celebs for coming out and participating 🏆

Woods tees off Thursday in the first round of the Genesis Open in a star-studded group alongside Justin Thomas and Rory McIlroy. Since he’s serving as host, Woods is wearing multiple hats all week; the Genesis benefits the Tiger Woods Foundation. It’s Woods’s first appearance since a T20 at the Farmers Insurance Open in January. 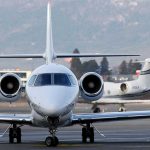 You may also like Tour Status: What it’s like heading from Pebble to Riviera — in a private jet

“The game is good,” Woods told GOLF.com on Monday. “I was just rusty at Torrey after taking quite a few months off prior to that event. I got better each and every day. To play well on Sunday, I felt that’s how I should be playing. Now, my schedule going forward is to try get myself ready for April.”