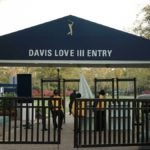 Even if no fans are in attendance, returning to PGA Tour golf will require convincing the players.

“I’ve played professional golf for 13 years and I’ve never seen a schedule that has maybes on it, not even in the mini-tours,” he said with a laugh. “My four-year-old daughter is asking if I’m ever going to play golf again.”

When the Players Championship was canceled in the middle of March, Stallings posted up in his home outside of Knoxville, Tenn. That’s where he’s been ever since, waiting out the PGA Tour layoff. But even with a return in sight, he’s skeptical.

“I think there’s a lot of things that need to be put into perspective before we return,” Stallings told GOLF.com. “My feelings across all sports are the same. There’s a lot of people that have to get back to work before me.”

Last week, the PGA Tour announced its restructured schedule for the 2020 season, beginning June 8 at the Charles Schwab Challenge and continuing through to the Tour Championship in the first week of September. At least four events will be played with no fans in attendance under the revised schedule, and the Tour will conduct extensive testing to ensure safe conditions. On Thursday, the Tour told GOLF.com that it is considering going even further to protect players by “exploring how to best incorporate social distancing guidelines into the field of play.”

These changes could see players putting with the flagstick in, playing without rakes in bunkers and pulling their own clubs to minimize contact with caddies, among other adjustments. While the proposed guidelines could allow golf to be played in the near future, Stallings doubts players would get on board with the changes.

“I just don’t think there’s any way guys are going to do that,” he said. “Guys are not going to play for their livelihood with no rakes in the bunker and no caddies. That’s just not going to happen.

“I’m fully confident that there are going to be guys who choose not to play.”

Those same players, Stallings said, might be willing to compete in unofficial made-for-TV exhibitions but to protect “the integrity of the game,” he thinks they’ll “put their foot down and say, ‘No, we have to wait.'”

Other complications off the course might also give players pause about returning to competition, Stallings said.

“There are a lot of variables that go into what we do for a living,” he said. “Someone just sees the caddie and the player in the middle of the fairway. They don’t think about the clubhouse, the locker room, traveling to an event, all these other different things. How they’re going to test the players, how they’re going to manage [the event].”

Still, Stallings expressed confidence in the PGA Tour and in commissioner Jay Monahan to act in the best interest of the players and said that he would abide by social distancing measures if they were enacted, adding that he “could care less” about the absence of fans.

“They truly have our best interests at heart,” Stallings said. “Our commissioner has been very outspoken about how he’s not going to put us in a spot where we feel like we’re forced to be out there.”