As the Garcia-Kuchar concession affair reminds us, the Rules of Golf do not allow for intent

In the wake of Saturday’s concession kerfuffle involving Sergio Garcia and Matt Kuchar, the Twittersphere got busy doing what it does best: assigning blame.

But we’re not here to pass judgment on either player.

We’re here to get a handle on what happened, and to clarify the rules of golf that went into effect.

In case you need updating, the drama arose during Saturday’s quarterfinal round at the WGC-Dell Technologies Match Play, where Garcia lost the seventh hole to Kuchar after back-handing—and missing—an itty-bitty putt.

Though Kuchar afterwards acknowledged that he would have conceded the shortie to Garcia, that’s not what matters. What matters is that Kuchar didn’t concede it.

That’s why the stroke counts. 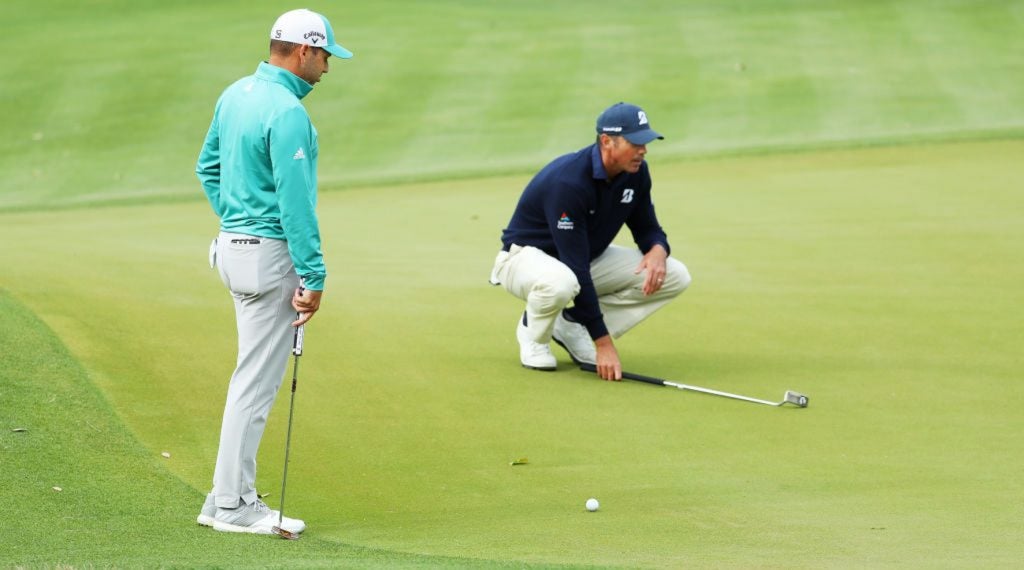 The Sergio Garcia-Matt Kuchar rules fiasco took most of the headlines from the WGC-Dell Technologies Match Play this week.
Getty Images

Let’s go to the letter of the law.

Under Rule 3.2 b, which covers match-play concessions, a concession is only valid when it’s clearly communicated. That communication can be verbal. It can also be carried out by an action or a gesture, such as a hand-wave that tells your opponent, “That’s good. Pick it up.” That part of the rule—allowing actions or gestures to communicate concessions—was made explicit in the revised Rules of Golf that went into effect in 2019.

Bottom line: there’s more than one way to concede a putt.

But on Saturday in Austin, Garcia raked at his ball before Kuchar had said or done anything to indicate that the putt was good.

For most of us playing a friendly match at home, a scenario like this wouldn’t likely be an issue. In most cases, the player who missed the tap-in would shrug their shoulders or assume an ashen look, and their opponent would say, ‘No biggie. That was a gimme.’

But this was not the kind of golf most of us play.

It was match-play, carried out under the watch of a referee. The referee was PGA Tour rules official Robby Ware, and his job was to apply the rules by finding out if the putt had been conceded.

“It is not uncommon in a refereed match where you want to be a sure a player has conceded an opponent’s next stroke,” says Craig Winter, the USGA’s senior director for rules of golf and amateur status. “It’s just a question. Did you concede? Either the player did or didn’t.”

Kuchar’s obligation was to answer honestly. He had not made a concession.

That Kuchar said he would have conceded the putt is irrelevant because, as Winter explains, “You can’t retroactively concede a hole.”

There are, of course, any number of  woulda, coulda, shouldas.

Then there’s this what if: What if Kuchar had marched off to the next hole without saying anything? Could that have been interpreted as a concession?

Under match-play protocol, the referee’s role would have remained the same: his job would have been to ask if the putt had been conceded.

But again, that’s a what if.

The rest, as they say, is conversation.

And there’ll be plenty of that on the Internet.