It doesn’t appear that Matt Kuchar will be receiving unanimous support for his decision to not concede a hole to Sergio Garcia after the Spaniard’s botched rake-in attempt during their quarterfinal round match at the WGC-Dell Technologies Match Play on Saturday.

Former Ryder Cup captain Paul McGinley was quick to criticize Kuchar for his actions, saying that it reveals who Kuchar really is as a person.

“It gives an insight into Matt Kuchar,” McGinley said to Sky Sports after Saturday’s round. “You see the smiley, nice Matt Kuchar. You’ve seen the incident with the caddie. There’s a hardness about him. Don’t be fooled by him. I think we saw another illustration of it there.”

“In some ways, I really admire the toughness of him,” McGinley continued. “We’ve seen this year with the caddie thing and how he doubled-down on it and now we’ve seen it again. There’s a hardness, a toughness about Matt Kuchar that he puts a big facade up around.”

McGinley is of course referring to the now-infamous pay dispute between Kuchar and David Ortiz, more commonly referred to as “El Tucan”, from last November’s Mayakoba Golf Classic in Mexico. It’s clear from what the Irishman said that McGinley believes the incident with Garcia on Saturday is more like Kuchar than not.

During his post-match press conference, Kuchar explained his side of the story.

“Sergio I saw missed it,” Kuchar said. “And as I looked up again, I saw he had missed the next one. And I saw him off the green, I said, ‘Sergio, I didn’t say anything, I’m not sure how this works out.’ I didn’t want that to be an issue. So I asked [rules official] Robby Ware, I said, ‘Listen, I don’t know how to handle this, but I didn’t concede the putt, Sergio missed the putt.’ Sergio said, totally his mistake. He knew he made a mistake.”

Kuchar, who advanced to Sunday’s semifinals at Austin Country Club with a 2 up win over Garcia, then admitted that the Spaniard suggested he concede a hole to make things right. 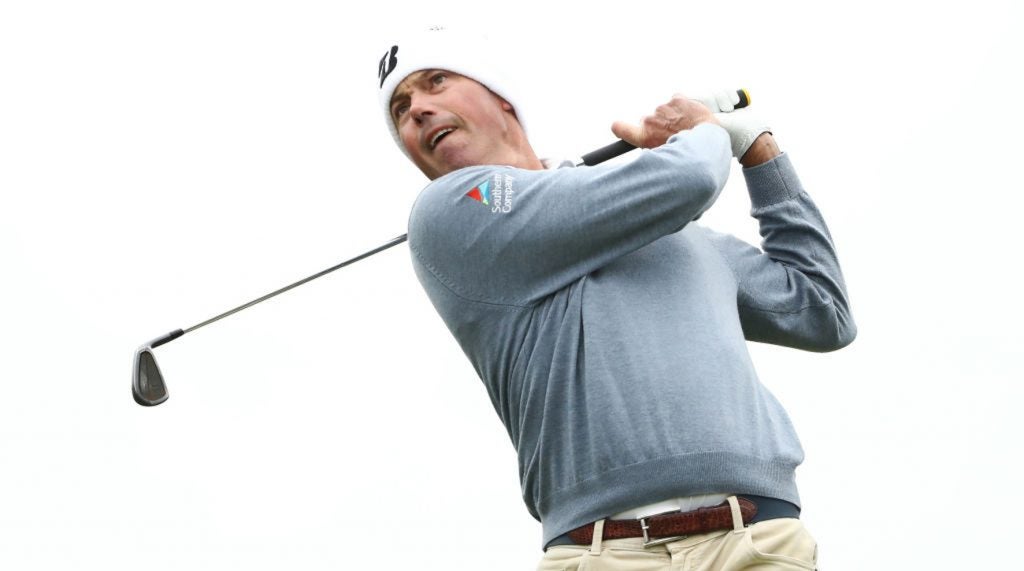 “I said I didn’t want that to be how a hole was won or lost,” Kuchar said after their match at Austin Country Club. “And he said, ‘Well, you can concede a hole.’ I’m not sure I’m ready to concede a hole.”

When asked again by the press to clarify what Kuchar meant by “concede a hole,” Kuchar doubled down.

“It’s not a—certainly I don’t use any gamesmanship, it’s not a match play tactic, it’s not anything,” Kuchar continued. “It was just one of those mistakes that Sergio made. And I said it’s kind of one of those tough deals in the game of golf.”