Seminole Skins Match: What channel does the event air on? 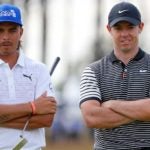 This weekend PGA Tour stars will take their first public step toward a return to big-time professional golf with the playing of the TaylorMade Driving Relief skins game at Seminole Golf Club.

Featuring Rory McIlroy, Dustin Johnson, Rickie Fowler and Matthew Wolff, the foursome will play a two-on-two skins match with proceeds going to charity. The total prize amount is $3 million with incremental increases in skin values as the match progresses. McIlroy and Johnson are playing for the American Nurses Foundation while Fowler and Wolff are representing the CDC Foundation’s Covid-19 Response Fund.

Golf fans are sure to get a kick out of the return of some of their favorite golfers, but getting to see one of the most exclusive clubs in the world will be a treat as well. Regularly ranked as one of the best courses in the country, the TV coverage will be the closest most of us will ever get to seeing the Donald Ross masterpiece.

NBC is scheduled to broadcast the event, but even if you don’t have access to a television, you can still get a glimpse of Seminole via Twitter which will stream the first two holes of the event.

Streaming: Select live pre-match coverage will be available for free on Twitter. Viewers with Amazon Prime or NBC Sports Gold subscriptions can watch the entirety of the match on PGA Tour Live. Streams are also available on GOLFTV, GolfChannel.com, and GOLFPass.

How a golf course could 'Bryson-proof' itself, according to Bryson DeChambeau