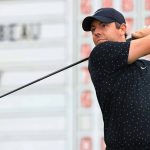 Rory McIlroy is teeing it up at the Wells Fargo Championship this week.

Some critics are saying the PGA Tour’s newly reported Player Impact Program (PIP) will only make the rich get richer, as the game’s best players will be the primary beneficiaries of a program that rewards social media engagement, high Google search volume and more from a massive $40 million prize pool.

But Rory McIlroy says that’s not the whole story.

“It’s not as if it’s just the top-10 players or the top-10 names in the game get this money and, ‘Thank you for your loyalty,”” McIlroy said on Wednesday during his pre-tournament press conference at the Wells Fargo Championship. “There’s a bit more to it. I think that Justin Rose made a good point. He said a rising tide lifts all ships. I think with the top players being more engaged in the Tour and the goings on, it will help the rest of the membership.”

McIlroy, who was recently elected the Player Director on the PGA Tour Policy Board, brought up Will Zalatoris, who didn’t have full status on the PGA Tour yet made a splash when he contended at the Masters.

“He was on the Korn Ferry last year, he’s had a wonderful rise. He’s cool, he’s got a really cool look, he’s young. There’s a possibility, if he keeps playing the way he’s playing this year, he could be in that top 10,” McIlroy said. “And to think about that, to think about this kid that’s coming up that was on the Korn Ferry like a year ago and could make that top 10, I think that’s pretty cool. So it means that there’s the potential there for anyone on Tour to get in there if they play well enough. And also, obviously if you play — I don’t want to say winning takes care of everything — but if you play well on this Tour, you have amazing opportunities.”

The PIP was partly created as a way for the PGA Tour to incentivize some of its top players and performers, which in turn might sway them from other well-funded organizations, such as the proposed super golf league. McIlroy’s press conference, however, comes just a day after reports surfaced of the league’s latest venture to lure the game’s top talent, with the rebranding of a proposed super league.

A source told GOLF.com that the league has plans for five events in 2022 featuring 16 players grouped into four teams. Some would make $20 million just for playing, although the Telegraph’s James Corrigan, who first reported the news, said it could be up to $30 million.

Many players, like Xander Schauffele and Patrick Cantlay, have already been asked about the PIP when it was first reported two weeks ago. While Schauffele and Cantlay aren’t as active on their social media accounts as other pros, they are both top-15 players in the world.

“I can speak for both of us, we’re maybe a bit old school when it comes to [social media],” Schauffele said. “I’m not on my account — my brother helps run my account, Pat doesn’t even have an Instagram on his phone, neither do I anymore, so we’re hard to reach on there.”

Added Cantlay: “I’m just going to try and win as many tournaments and see how far up I can get on it.”

Asked if players who don’t have much of a personality as others will be penalized by this formula, McIlroy said it’s not a perfect system.

“It’s an objective model, so the numbers are there,” he said. “You could be the seventh-best player in the world, but this is how your numbers relate to someone that’s maybe ranked 15th in the world or whatever it is. I don’t think it’s going to be perfect, but again, I think it was a prudent move on the Tour’s part to try to appease some people that were getting their heads turned by other things.”