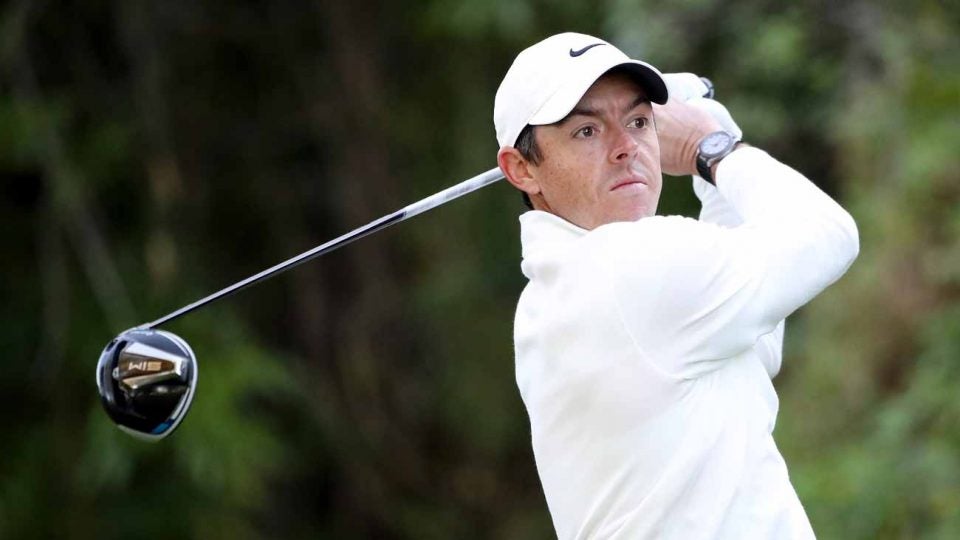 Rory McIlroy tees off during Thursday's first round of the Genesis Invitational.
Getty Images

Last year on the PGA Tour, Rory McIlroy hit 152 drives that covered a total of just over 22 miles, for an average of a whopping 313.5 yards per poke, the second-best figure on Tour. In simple terms, McIlroy hits it very far, so far that one prominent Tour player now backs some type of limitation at the highest levels. That player happens to be Rory McIlroy himself.

The world’s top-ranked golfer agrees with the assessment of the recently released Distance Insights Project by the United States Golf Association and the Royal & Ancient Golf Club, which believes golfers’ distances have literally gone too far and wants some degree of restraint.

“I think the biggest thing that came out of the report for me, a lot of the stuff about the ball going too far and technology, it really pertains to 0.1 percent of golfers out there,” McIlroy said Wednesday during preparation for this weekend’s Genesis Invitational at Riviera Country Club. “So look, if they want to try to contain what we do as touring professionals, I’m all for that.”

The USGA and R&A’s report does not give specific solutions, but it does suggest such things as the potential for new conformance tests for clubs and balls, and a local rule that would allow courses to require limited-flight equipment. Within the next year or so, the governing bodies are expected to meet with those who have a stake and develop concrete solutions.

McIlroy, you would think, will have a tee time in this outing.