Sungjae Im, in the middle of his rookie season, is already making waves on the PGA Tour 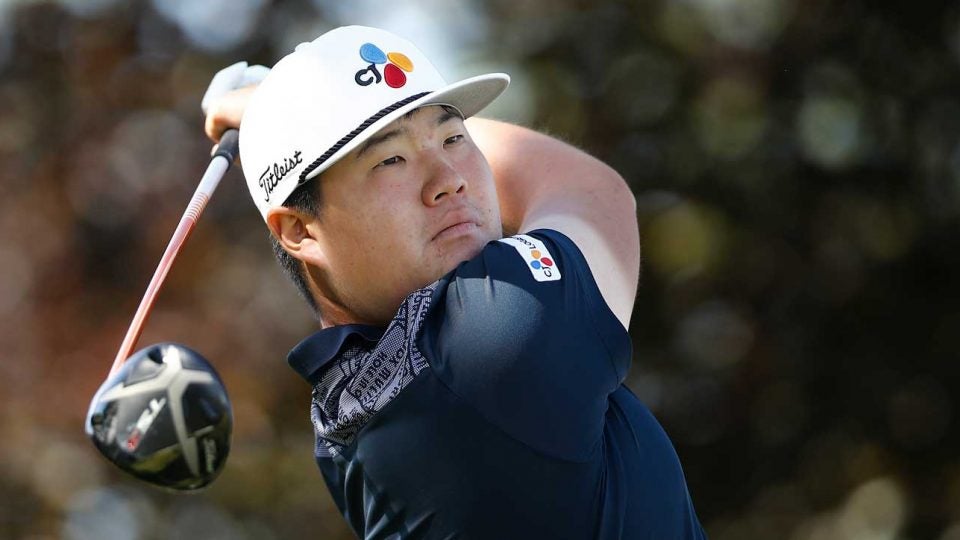 Sungjae Im is in contention for the 2019 Rookie of the Year award.
Getty Images

Pro tip: If you’re craving Korean barbeque, let Sungjae Im pick the restaurant. In fact, let him do the ordering, too. The other night, he settled into a booth at Park’s BBQ, an institution in Los Angeles’s K-Town. He was joined by his agent, a Tour-appointed translator and his cheerful parents. Im, 21, is a rookie whose tee shots are like his appetite — prodigious. In rapid-fire Korean, he proceeded to order the amount of food you might find at a medium-sized wedding, every bite of which was delicious. Looking up from a mound of beef which had been expertly singed on the grill in the middle of the table, Sungjae said, “This is good. It tastes like home.”

Im grew up on South Korea’s Jeju Island, born to golf-mad parents. He began playing the game at age 3, following his mom, Mi Kim, to an indoor practice facility. Sungjae was 8 when he beat, for the first time, his father, Ji Taek, who works in the construction industry. Sungjae grew up competing against Si Woo Kim (the winner of the 2017 Players, at 21) and recalls being at junior events, staying up late at night together to watch Tiger Woods play on television. “He was a god to us,” he says. Im turned pro at the tender age of 17 and cut his teeth on the Japan tour. He’s used to living out of a suitcase but is still adjusting to PGA Tour life, notably the American grub. During tournament weeks, he eats almost exclusively Korean food. “I google the restaurant, and if it’s good, I go back,” he says. His parents always travel with him: “They handle the hotel, the laundry, everything. I just focus on the golf.”

It’s a winning formula. In 2018, Im was the leading money-winner on the Web.com Tour, with three runner-up finishes and two victories along the way. (The season-opening win when he was 19 made Im the second-youngest champion in the tour’s history, behind only Jason Day.) 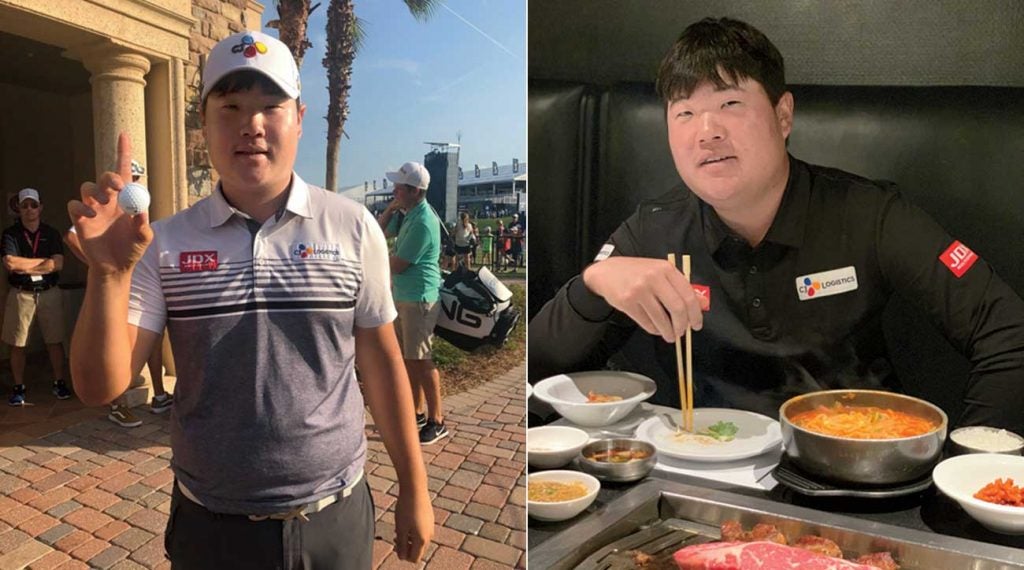 By day, Sungjae plays a Titleist ProV1x, by night (top) he plays with noodles.

He has continued to impress on the PGA Tour — in his first 21 starts, Im produced five top-7 finishes. At press time he was 25th in FedEx Cup points and his languid action has become a cult favorite on Tour. “I enjoy playing with him because he has such a smooth takeaway and swing,” says Aaron Wise. “That’s something I could use more of.”

Adds Ernie Els, “He’s got everything. He drives it far, chips it good and he’s a solid putter. He can really play.”

Captain Els’s endorsement is particularly significant, because Im is fighting for a spot on the International team for this year’s Presidents Cup. Six months out, Els sounds like he’s already made up his mind. “He will bring youth, obviously, and will also bring excitement, and we need that on the team.”

With his easy smile and hearty laugh, Im has had no trouble making connections on Tour, despite his limited English. “The guys are teaching me,” he says. “Roberto Castro taught me to say something good.” Here Sungjae switched to English: “What’s up, b—ch?” This brought spasms of laughter at the dinner table, piquing the interest of Sungjae’s parents. They were given a more benign translation.

“We are so thankful for all of his success, but it is still hard for us to believe,” says his father. “To us he is still a baby.” 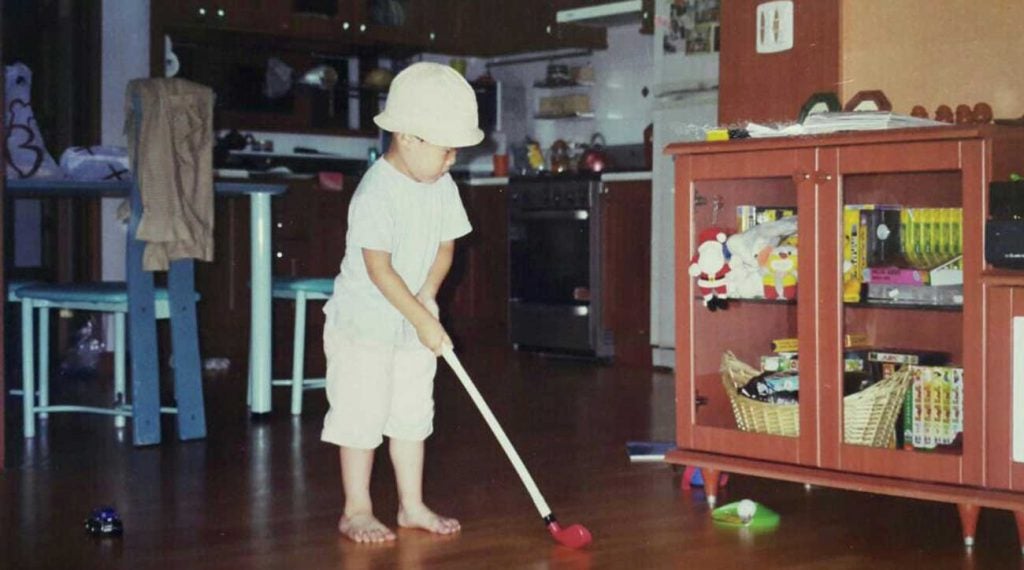 You could see his perfect setup way back when.
Courtesy of Sungjae Im

But Sungjae can’t help but lose his innocence in the flashy world of the PGA Tour. Asked his initial impressions of coming to America, he didn’t hesitate: “All the [players’] wives and girlfriends are so beautiful. The women in the gallery are very beautiful.” Yet he spends most nights alone in his hotel room, watching movies on his phone, intent on reducing distractions. “I have many goals,” he says. “I want to win tournaments and I want to be recognized in the U.S. as a very good player. The competition is so difficult that I need to keep doing everything better and better.”

Of course, Im is six feet tall and round around the edges, tipping the scales at 200 lbs. Is he willing to radically change his diet to give himself an extra edge? “I can’t do that,” he said, punching the air with chopsticks for emphasis. “I like eating too much. But I am willing to start trying things besides Korean food.”

“Recently I had Southern barbeque,” Im says. “That was good. I want to have more of that.”