‘If you want to go, go’: Pros react to PGA Tour ban on breakaway league 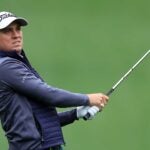 Justin Thomas had a clear message for those thinking of leaving the PGA Tour.

PGA Tour commissioner Jay Monahan made his move on Tuesday, making it official that PGA Tour members are not allowed to compete in the first LIV Golf Invitational Series event in London next month.

Monahan’s decision, which was first reported by Golfweek, now sets off the next set of dominoes. LIV Golf CEO Greg Norman called the Tour an “illegal monopoly,” and legal action is sure to follow. Will some rumored players leave the Tour anyway? Will the Tour actually ban them? There’s still more to figure out.

On Wednesday in Dallas, PGA Tour players were preparing for the AT&T Byron Nelson and, for the first time since the news broke, had a chance to react.

“I don’t think anybody’s really surprised by it, by the Tour’s stance on it,” Jordan Spieth said.

“Look, if you want to go, go,” he said, speaking to the rumored defectors.

The announcement from the Tour came just six days after Lee Westwood made known his desire to play in the first event, five days after Sergio Garcia said he “can’t wait to leave this Tour,” and on the same day Norman said an influx of $2 billion from Saudi Arabia’s Public Investment Fund would bolster the new league’s first few seasons. Norman also said on Tuesday that 36 pros inside the top 150 in the world had entered the first event.

Will those pros — Phil Mickelson among them — still go now?

“I mean, I would hope it would deter them from going over there,” Thomas said. “… There’s been plenty of guys that have been advocates of it and have just talked it up all the time and they have been guys behind the scenes that are saying, ‘I’m going, I’m doing this.’ And like my whole thing is, like just go then. Like stop going back and forth or like you say you’re going to do this, it’s like you can do — everybody’s entitled to do what they want, you know what I mean?”

Will Zalatoris is on the PGA Tour’s Player Advisory Council and said the Saudi-backed league has been discussed often behind closed doors.

“If you want to do it, no one’s stopping you, but what we have here is pretty good too, considering every week we’re playing for a pretty great purse on pretty great golf courses and considering the benefits that we have off the golf course on top of that, it’s pretty tough to beat,” Zalatoris said. “And purses are only going up here, but on top of that, like I said, no one’s stopping anyone from doing it, but I think everyone agrees that the decision that came out [Tuesday] is the best for the Tour.”

World No. 1 Scottie Scheffler reiterated Spieth’s comments, saying he assumed something like this would be coming down at some point and that it’s important to protect the PGA Tour tournament during a week it has a conflicting league event.

Thomas closed his lengthy answer by talking about loyalty.