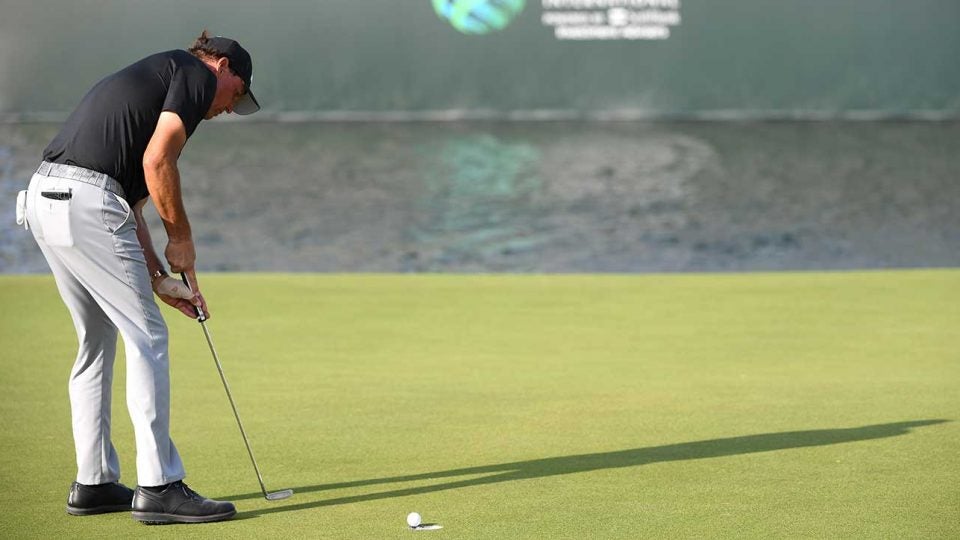 Lefty's game is returning to form ahead of next week's AT&T Pebble Beach Pro-Am, the site of his last win.
Getty Images

He’s done his “hard reset,” he’s slimmed down, and now, Phil Mickelson’s game is rounding into shape as well.

Mickelson shot a 3-under 67 in his final round at the Saudi Open Sunday to finish in a tie for third place, his first top-10 in almost a year.

While Lefty’s fitness has gained plenty of attention over the last several months, his game has not. Mickelson missed back-to-back cuts and fell to 86th in the world to open 2020, his lowest ranking since 1993. But this week provided well-earned encouragement for Phil, who felt his driver resembled that of his younger self for much of the week.

News
Why Tiger, Phil and the world’s most famous golfers are playing an Irish Pro-Am

“The way I drove it the first, well, the first three days, was a really big first step for me because (I was) starting to really strike it well off the tee with ease,” Mickelson said.

More than any specific element of his game, being in contention at the end of a tournament was a welcome reprieve from what’s been a trying year.

“It was so fun having a chance, being in the thick of it again,” he said. “Feeling my game come back and feeling the ease I was swinging it.”

The timing couldn’t be any better for Mickelson, who prepares to return to 17-Mile Drive for next week’s AT&T Pebble Beach Pro-Am. Coincidentally, the AT&T was the venue for Phil’s last victory (and last top-10), almost a year ago to the day.

“I feel like I have been playing well but yet I haven’t had the results” he said. “I missed a couple of cuts and this week I really started to put things together and it’s a great week to build off of. I’ve had a good week.”

While picking a winner is anyone’s guess, there’s little doubt which member of the field is riding the most confidence heading into Pebble.

“I haven’t felt that in a while. I haven’t played my best,” Mickelson said. “I haven’t been my best since I won Pebble a year ago, and I’m excited to go back there next week with a little bit of momentum.”