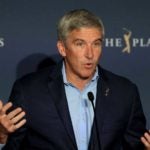 The mood has changed within the PGA Tour’s “bubble” as commissioner Jay Monahan announced changes to safety protocols amid multiple positive tests for the coronavirus.

Mohanan issued a memo to players Wednesday morning, in the wake of a positive test by Cameron Champ, asking players to treat the situation as a “wake-up call” and included adjustments to the Tour’s plans.

For starters, those adjustments include more testing. While players and caddies were subject to a saliva test before boarding a charter plane from event to event, those participants will now also be subject to on-site arrival testing as though they’ve spent the prior week in their homes. Player coaches and instructors, among the few allowed on-site, have also been added to the testing protocol.

Secondly, any players who test positive for the virus after not following protocols will no longer be eligible for a $100,000 stipend issued by the Tour. After withdrawing from last week’s RBC Heritage event, Nick Watney was the first to be issued such a stipend. He is currently quarantining in South Carolina.

Lastly, once on site, players will be encouraged to use a Tour-sponsored fitness trailer and discouraged from using other local gymnasiums.

“Failure to comply with our safety protocols will result in disciplinary action,” Monahan wrote, “but I’m sure it goes without saying that we should all be taking this seriously, as the repercussions go beyond a fine or suspension.”

Within the memo, seven words were bolded: “we need you to do your part.” Monahan noted a partnership with WHOOP, a health-tracking band that Tour players and caddies will be expected to wear. It was WHOOP that helped tip Nick Watney off to his symptoms of the coronavirus last week. He would later become the first player on Tour with a positive test.

In the end, Monahan finished with “Let’s set an example for our fans watching around the world and keep our Return to Golf intact. We’re all in this together.” Monahan is expected to address reporters Wednesday afternoon at the Travelers Championship.