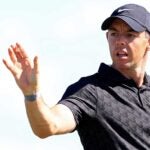 Weirdness between pro athletes and their leagues is not just limited to baseball right now. There’s plenty of it happening on the PGA Tour, too. We need no further proof than the four press conferences given this week at the Hero World Challenge.

“I knew one of you guys was going to ask eventually,” Xander Schauffele said Wednesday afternoon in the Bahamas. He was referring to a question about proposed golf leagues circling around the PGA Tour. Schauffele gave an answer many Tour players are giving right now — general Tour support, with an ominous qualifier hanging onto it:

“I need to play against the best in order to be the best and wherever that is is where I will go. Right now the PGA Tour has the best players in the world, so I’m playing on the PGA Tour, it’s pretty simple.”

But it’s not so simple. Schauffele’s name is among the 25 players who have already committed to the 2022 Saudi International. It’s an event that has routinely paid competitors appearance fees (on top of what they earn during the tournament), and an event that players are required to apply for “releases” from the Tour in order to play. The Tour would consider it competition, since the event is held the same week as the Pebble Beach Pro-Am, a once thriving Tour event that has plummeted in stature in recent years. Three of the world’s top 10 and six of the top 20 players are on the Saudi commitment list.

It’s no wonder why Schauffele was expecting questions about it. Questions abound! Will the Tour grant releases? Who knows. Will players still play regardless? You can bet on it. How much are the appearance fees? They’ve been big in the past, but maybe they’re bigger this year. Is there grey area? “There’s a lot of grey area,” Rory McIlroy said, about an hour before Schauffele. “I think the players just need to understand where they stand, where are we, because we feel — I think the players feel like they’re pawns at the minute in this big sort of global game of golf and we just want to know where we sort of stand.”

Feels like a pretty reasonable request. McIlroy is the head of the Player Advisory Council on the PGA Tour, so this plea carries plenty of weight. So when he wonders aloud, “Are we independent contractors? Are we employed by a single entity?” Those questions land with more of a thump on the doorstep of PGA Tour HQ. McIlroy strongly believes that anything another golf league wants to implement to invigorate the game could be done just as well by the PGA Tour, but he was quick to admit that if players want to play elsewhere, the Tour should grant them that right.

“I do see reasons why they wouldn’t grant releases, but I think if they’re trying to do what’s best for their members and their members are going to a place other than the PGA Tour and being able to earn that money, I mean, we’re independent contractors and I feel like we should be able to do that if that’s what our personal choice is. My personal choice is not to do that, but obviously a lot of players are doing that and I think it’s fair to let them do that.”

A lot of them are doing it, and have been ever since the Saudi International debuted. More and more PGA Tour players are saying no to Pebble Beach and yes to flying across the world. The 2018 strength of field for Pebble Beach? 392. The strength of field in 2021? 141. You don’t have to understand that statistic to know it’s not a good sign for the Tour. It might just be one week on the calendar, but could it be more than that? Could the Pebble Beach Pro-Am be a canary in the Tour’s coal mine? It is, at the very least, an obvious example of some of the best players in the world playing elsewhere for greater riches, an idea that is, at its core, what the rival golf leagues have stood for.

“You know, look, I’m 24 and I’m keeping all eyes and ears open to everything,” Collin Morikawa said. He hasn’t committed to the Saudi event. “But the PGA Tour has been the focal point of my entire career, right? You grew up watching the PGA Tour … Hopefully everything is out there and you start listening ‘what’s best, what’s better.’”

None of these pros want to ruin their status on the PGA Tour, nor do they want to lie about the reality of a potentially doubly prosperous future. It’s some artful fence-sitting that a lot of talented pros in their 20s have been doing when it comes to this subject. As for 45-going-on-46 Tiger Woods (the fourth and final press conference this week) the PGA Tour is where he’ll play. “That’s where my legacy is,” Woods said Tuesday. Woods’ opinion matters, but how much? He’s rehabbing a broken body and planning a schedule of just a few tournaments a season. He’s also worth nearly a billion dollars as is. The stakes for him are much different. Find me another industry that doesn’t have 24-year-olds changing ancient structures.

“Look, can it happen?” Morikawa said, ushering a stream of rhetorical questions. “Yeah, anything can happen, right? But you have to think back at like what the PGA Tour has always been and what the sport is, right? It is an individual sport and to change that and to think about all that at 24, knowing that like I’m in the midst of like changing up what professional golf is, it’s crazy, right?

“So stepping out of those lines, stepping out of those comfort zones of what I’ve dreamt about doing my entire life is kind of weird to think about. To be in this position so young, so early on in my career, it’s been great, right? But these are decisions that a lot of guys are making. You see some guys or hearing some guys that might be a little older, might be a little later into their careers, want to do this versus the other. Slowly guys are taking their position.”

Consider the 2022 Saudi Invitational one way of guys taking their position. Schauffele was asked if he’d have a problem with the Tour telling him he cannot play somewhere and he said, yeah, adding that the Tour would need to have some sort of counter, in his eyes, to make that call down not such an absolute.

“I try and play golf,” he said, sharing his final thoughts on the matter. “I have an agent and a manager and that’s their job. I’m on the green grass and they’re supposed to handle all the talks. Nothing too crazy has come up to me yet from my agent or from my manager, so I feel like I’m just still here trying to play golf at a high level and they’ll show me the cards whenever the cards are drawn.”

Well, the Tour has 32 days to grant those releases to play in the Saudi International. At least some cards will be drawn over the next few weeks.