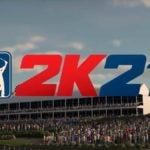 The PGA Tour is coming back to gaming platforms everywhere.

Calling all golf gamers, we’re back!

In the biggest teaser imaginable, it appears a PGA Tour video game is coming soon to your gaming platform. It’s called PGA Tour 2K21, produced by the same company behind The Golf Club, the modern standard for golf video games.

The hook here is in the name: PGA Tour 2K21. It’s an officially licensed product, which surely means Tour players and courses will be integral to the gameplay. We cannot confirm exact details about who or what will all be involved, but it’s very plausible that gamers will be able to swing Bryson DeChambeau’s single-length clubs, smash driver with Brooks Koepka and go as low as possible with Justin Thomas. A full announcement is expected to be made next week on Thursday, May 14.

2K’s The Golf Club has long been lauded for its advanced realism, even incorporating some Tour aspects in The Golf Club 2019. Users were able to create a player and try to win the FedEx Cup. It’s fair to expect an even more integrated Tour feel with the ensuing product.

In recent years, The Golf Club has served as an important outlet for golf gamers after EA Sports gave up on its golf franchise. The last PGA Tour game produced by EA was Rory McIlroy PGA Tour in 2014, which was a departure from the Tiger Woods PGA Tour years and a game that didn’t seem to catch on enough for them to continue the franchise.

But now, we’ll be getting 2K’s version of what that virtual PGA Tour should look like. Check out their teaser video below for a sneak peek.