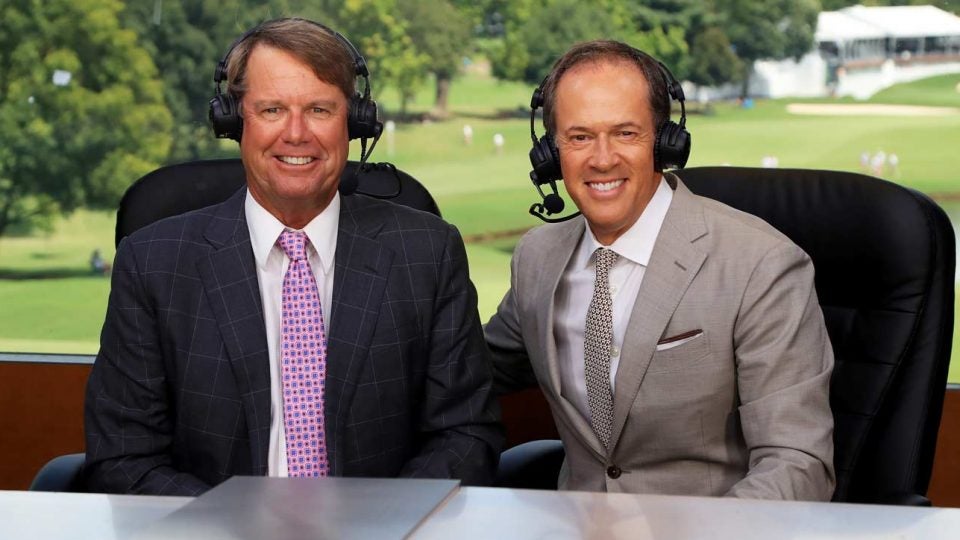 As a broadcaster, Paul Azinger knows it’s not always what you say as much as how you say it. That should perhaps go alongside another maxim in golf media, something along the lines of Don’t mess with the European fans. Our Alan Shipnuck keeps learning that one the hard way.

Entering Sunday’s final round at the Honda Classic, three Englishmen were right in the mix. Tommy Fleetwood held a one-stroke lead, while Luke Donald and Lee Westwood were tied just a single shot back. For Fleetwood, who has never won on U.S. soil, this was a potentially monumental day. But Azinger missed the mark in making that point.

“Westwood took offense to that actually yesterday when asked about that. Two wins on the PGA Tour but he’s all, ‘Oh I’ve won 44 times all over the world,’ but it’s not the PGA Tour, though.

“And they know that and I think Tommy knows that. It puts a little pressure on Tommy — but this is where they want to be, isn’t it? They want to come here, they want to prove that they can win at this level.”

A good example of why I wouldn't advise watching PGA Tour golf with the sound on pic.twitter.com/rQEHjY5cTa

Fans of the European Tour immediately took to social media to register their complaints with Azinger. The Telegraph‘s James Corrigan called him an “ignorant tool.” RTE’s Greg Allen called it “crass analysis.” The Score’s Adam Sarson called it “s—-y.” Those were the kinder comments.

One of the biggest voices calling out Azinger’s tone was longtime European Ryder Cup stalwart Ian Poulter. “I like @PaulAzinger a lot,” he wrote on Twitter. “And get on with him great. But Paul please do not condescend or disrespect the @EuropeanTour and our players like that. We have slapped your arse in Ryder Cup for so long, I know you captained a win but seriously that was embarrassing today.”

I like @PaulAzinger a lot. And get on with him great. But Paul please do not condescend or disrespect the @EuropeanTour and our players like that. We have slapped your arse in Ryder Cup for so long 🏆🏆🏆🏆🏆🏆I know you captained a win but seriously that was embarrassing today.

No doubt, Azinger missed the mark with his delivery. But does he have a point? The divide between strengths of field on the European Tour versus the PGA Tour continues to widen. Most of Europe’s top players spend a majority of their time on the PGA Tour. It’s unquestionably more difficult to win a top Tour event than it is to win a high-ranking European Tour event.

When it comes to the Honda Classic, the divide is slightly less obvious. Had Fleetwood won on Sunday, the title would have ranked lower in OWGR Strength of Field than three other tournament victories. That measurement, however, isn’t rock-solid — the folks at DataGolf pointed out that those measurements tend to underrate the deeper fields at PGA Tour events. According to their models, Fleetwood’s two wins at Abu Dhabi equate to “a lower-tier regular PGA Tour event.” His French Open win? “A bit worse.”

Azinger, one of only two winning U.S. Ryder Cup captains this century, makes an easy target for European fans — but that target is far easier now. As for Fleetwood? His hopes at that elusive PGA Tour win fell short (and right) with a water-ball at PGA National’s par-5 18th on Sunday.

“There is no reason for Tommy Fleetwood to miss that shot to the right,” Azinger said. “He’s going to lose sleep over that one.”

It’s Azinger’s job to call it how he sees it. Inevitably, that will rub some people the wrong way. But on Sunday there seemed to be a major nuance gap between “how he sees it” and “how he said it.” It’s a gap European fans are unlikely to forget soon.