Until Patrick Reed owns his rules blunder, he will remain hard to root for

Man, it’s hard to root for that Patrick Reed. I started thinking that way after the third round of last year’s Hero World Challenge. (Who could forget it?) That idea got lodged deeper through the Presidents Cup, when Reed made it seem as if he were the victim at the Hero event. It came flooding back Sunday night, when Reed was leading the WGC event in Mexico.

That live-in-infamy Friday in the Bahamas — Dec. 6, 2019 — was when officials assessed Reed a two-shot penalty for improving his intended line while playing a challenging third shot from a sandy waste area on the par-5 11th hole of the Albany course there. He was contending at the time in Tiger’s offseason event in the Bahamas.

Afterward, and ever since, there has not been any real sign that he understands what actually happened there. Reed, among others, has treated the incident as no big deal. I think it is. I have talked to World Golf Hall of Famers who feel the same way. They feel that Reed did nothing to make golf better on that Friday afternoon in early December, but in fact did the opposite. Golf took a step that day in the direction of the NBA, the NFL, MLB. A step toward catch me if you can. Golf with that as its prevailing ethos would be a different game. 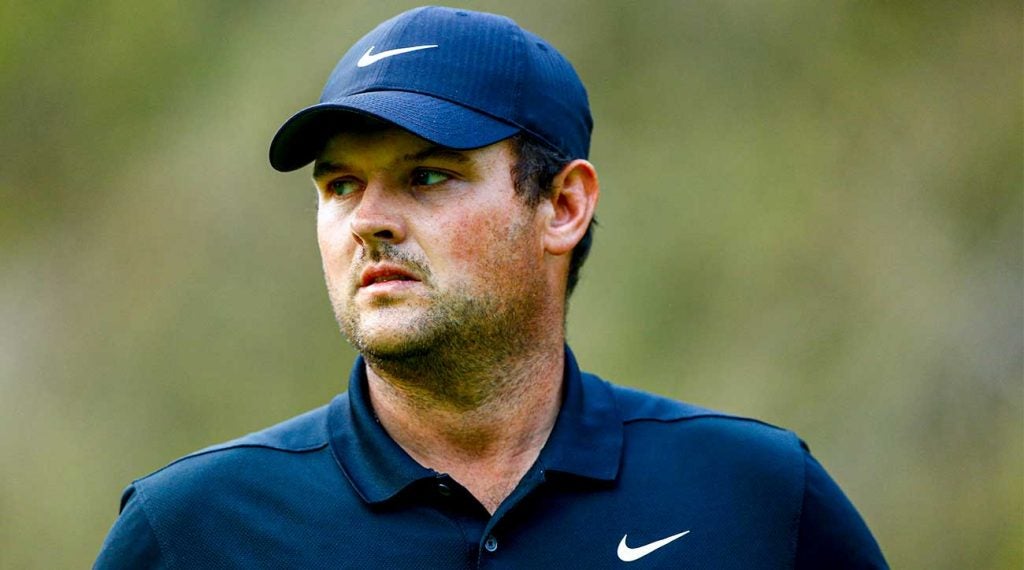 As Reed was over his ball playing his second shot, attempting to chip out of the woods toward the safety of the fairway, what score were you rooting for him to make on the final hole?

A bogey 5, which would give him a one-shot win over Bryson DeChambeau, the leader in the clubhouse?

A 6, which would mean a sudden-death playoff?

A 7, which would mean DeChambeau wins by a shot, his first win since he became golf’s Mr. Big? (Le Professeur put on over 13 kilograms in the off-season, seemingly as thick slaps of beef across his chest. He’s positively Brooksian now.)

Everyone who follows golf closely has a strong opinion about Reed. And he does not seem to care. That speaks volumes about him. Like another man with a closet filled with a Nike-issued red shirts and black pants, Reed knows how to take a slight, real or imagined, and turn it into something useful. Here’s a new one: Just channel it.

My view (this space is reserved for columnizing) is that Reed has to earn back my trust. That stance is not based on anything that happened with his parents years ago (he is estranged from them) or when he attended the University of Georgia, where he was thrown off the golf team for various incidents. It’s not because of his over-the-top body language while helping the U.S. win the 2016 Ryder Cup at Hazeltine, and it’s not because of his inane remarks about his pairings after the U.S. loss at the 2018 Ryder Cup in France.

It’s because of what he did in that Bahamian waste bunker. That afternoon, he made a mockery of golf’s underlying principle: Play the ball as it lies.

Reed flattened a small sloping, inconvenient hillock of sand behind his ball with two practice swings. It got him a two-shot penalty but only because a Golf Channel camera let others see what Reed could see for himself. The player knows way more in these situations, typically, than a camera does. The players are golfing savants. That’s how they got on Tour in the first place. They can see it, and they can feel it.

Discussing the incident in the Bahamas on SiriusXM last week, Brooks Koepka said, “I don’t know what he was doing — building sand castles in the sand. But you know where your club is.” The guy gets to the point as few others do. He could make a great TV commentator someday, if any network could possibly afford him, or want to pay for what he would want to say.

In an interview last week with No Laying Up, the teaching pro Peter Kostis, 72, forced into retirement last year after 27 years as a CBS golf reporter, said, “I’ve seen Patrick Reed improve his lie, up close and personal, four times now.”

In the aftermath of the incident, Brandel Chamblee said on Golf Channel, “To defend what Patrick Reed did is defending cheating. It’s defending breaking the rules.”

That comment earned Chamblee a cease-and-desist letter from Reed’s lawyer, the same lawyer, Peter Ginsberg, who defended Vijay Singh in his lawsuit against the PGA Tour.

Koepka, Kostis and Chamblee weren’t just playing with New Year’s Eve noisemakers. They were defending golf’s organizing principle: play the ball (all together now) as it lies. These are serious people. Anybody who has played a lot of golf knows that what Koepka said is true: you know where your clubhead is and what it’s doing. Your clubhead has the ability to detonate a bomb. Your hands are on the grip, your ball is underneath you and you know exactly where the clubhead is and what it’s doing. Professional golf is not played casually. It’s a study in obsessive-compulsive behavior. It’s a study in self-governance and communal-governance.

Now you could say Tiger Woods and Jay Monahan, the PGA Tour commissioner, are serious people, too, and they were willing to move on from Reed’s bunker issue on No. 11 on the Albany course quickly. At least, that’s what they did in public. But it’s worth remembering that Woods had picked Reed to play on his Presidents Cup team as a captain’s pick. Also that Monahan lobbied Woods into being the captain of that team.

Reed is an impressive talent. I have always found him approachable. I have seen him in airports, in hotels, in locker rooms, in player parking, in pro-ams. He’s engaging. He’s alive. I don’t doubt that he’s had hardships in his life about which we don’t know. There’s much to admire about him.

But he’s a professional golfer. His scorecard has to be sacred. All those other things take a distant second seat to that. But we don’t really know to what degree he values tournament golf’s most important principle, that the returned scores are 100 percent trustworthy.

Kostis is a credible man. What he says, no matter the motivation, is important. None of us wants to put an asterisk on anything Reed does, whether it’s his victory at the Masters or his T24 finish in the 2012 Zurich Classic of New Orleans, a field he made via a Monday qualifier when he was desperate to become an exempt player on Tour.

In his remarks to reporters after his victory on Sunday, Reed was asked if he liked the feeling of the world being against him.

“I’m used to it,” the winner said. “At the end of the day, all I can control is me and what I do on and off the golf course.”

He can’t change what happened. The public’s support of golf is what allows him to lead the life he leads. A big step here would be for Reed to show he understands why Koepka and Kostis and Chamblee, among others, can’t let go of Dec. 6.