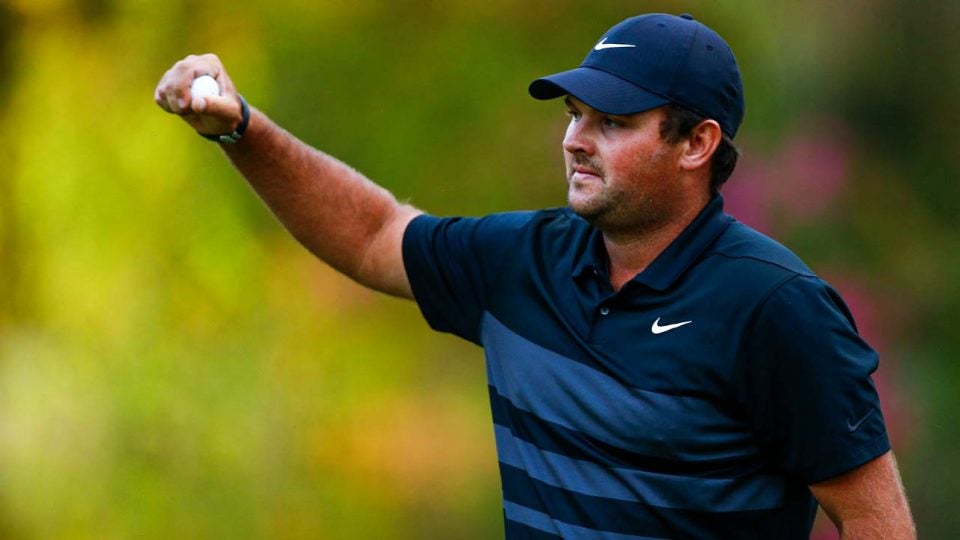 After weeks like this, one particular question sticks out about Patrick Reed: How does he do it?

Reed began his week fending off a barrage of rule-bending accusations via Peter Kostis. He finished it holding a trophy. Most pros (heck, most people) would have a difficult time performing at a normal level when faced with criticisms and distractions. Reed seems to thrive on these moments.

After his win, he was asked repeatedly how he stays focused during tournament weeks, how he blocks out the vitriol spewed from various corners of the internet. It’s an approach that starts with simplicity — and by putting major trust in the team around him.

“With what my wife does, what my mother-in-law does, what my managers do, and with what Kessler [Karain] does as a caddie and what my coaches do, all I literally have to do is show up, play golf, go back, rest, hang out with the little ones. There’s not a lot of extra just kind of energy being burnt throughout weeks,” he said.

News
Tour Confidential: Is Patrick Reed a top-five player in the world?

In other words, Reed doesn’t exactly spend his evenings scrolling through his Twitter mentions. If you believe him, he doesn’t read any golf news during tournament weeks, period.

“Off-weeks I might look at some stuff here or there,” he said. “But a lot of times, I always open the PGA Tour app and European Tour app, so I see who wins golf tournaments, who didn’t, who’s playing well and who’s not. But I don’t really read much about what’s going on on the golf, because for me, I need to stay true to who I am, and that’s play my own game.”

Reed still gets relevant news to keep him “in the loop,” but it comes through the filter of his team. Besides that, he said, he’ll check ESPN for other sports news, Weather Channel for the forecast, FaceTime his family and then watch some TV shows. Simplicity.

That’s why Reed insists he wasn’t distracted or put off by this week’s latest controversy.

“You know, for me, it didn’t bother me at all. I’m on the golf course. I’m focusing on what I need to do,” he said. “I’d have to talk to my team later on to see how much it bothered them or not.”

But there’s something more to it than that. It’s not just that Reed ignores what’s said about him, it’s that he seems to channel whatever version he does hear into motivation. Into fuel. Good luck getting Reed to explain that piece.

When asked Sunday whether he has advisors or confidantes on Tour, Reed cited Tiger Woods. Well, one thing he’s learned from Woods is how to turn any question about controversy back to just golf.

How does he feel, winning after a tough couple weeks?

“Any time you can get in that winner’s circle, it’s amazing,” Reed said, ignoring the “tough couple weeks.”

Where does he draw his motivation?

“I go out there and feel like I have something to prove to myself,” he said, ignoring the subtext once again.

Will it be awkward, teeing it up with Brooks Koepka after his comments about Reed?

Seems to be working.