12 numbers every golf fan should know heading into 2021 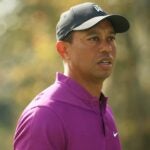 Hope springs eternal. The axiom rings true for golfers at the start of each passing year: Hope for the season ahead, for the tournaments we love, for birdies made and bogeys avoided.

In 2021, hope has taken an even more vibrant hue. Of course, that’s to be expected for most of the world after a turbulent 2020, and golf is no different.

The sport had a remarkable 2020, recovering from closed courses and lockdowns in the spring to realize historic gains in both rounds played and equipment sales. People flocked to golf in record numbers, taking renewed interest in both watching and playing one of the few remaining socially distant respites.

In the new year, golf’s hope is broad. Further expansion in any of the sport’s three pillars — the amateur game, equipment industry, or professional game — would spell significant success in the new year. Between the PGA Tour ‘super season’ and the continued shift toward virtual employment, there’s reason to believe in success in each of the three pillars.

Below are 12 numbers every golfer should know heading into 2021, golf’s most hopeful year in some time.

45: Tiger Woods’ age for the 2021 season. It’s hard to fathom the 15-time major champion is only five years away from 50, but it’s not hard to fathom Woods competing at a high level heading forward. Precisely how much Tiger has left in the tank is anyone’s guess, but rest assured, his age will factor more into the discussion in 2021 than ever.

14: Events (including two major championships) held in the 91-day window between March 12 and June 11, the same stretch of time the PGA Tour shut down due to the Covid-19 pandemic in 2020.

10.8 percent: Year-over-year change in rounds played through October 2020, according to the National Golf Foundation. The NGF projects 2020 will wind up with a 12 percent increase in rounds played over 2019, the largest change in the sport since Tiger’s Masters victory-fueled explosion in 1997.

21: Courses listed in GOLF’s Top 100 Courses in the U.S. ranking that are available for public play! So yes, you can have your cake and eat it too.

$1 billion: Overall equipment sales during the third quarter of 2020, the second-highest quarterly number ever for the equipment industry, according to Golf Datatech. The surge in overall sales throughout Q3 was enough to propel the gear industry over its 2019 numbers, a remarkable feat given the economic downturn of the spring.

6: Syllables in “Kasumigaseki,” the name of one of Japan’s oldest (and most revered) golf clubs. Kasumigaseki Country Club, which claims C.H. Alison and Tom Fazio among the brilliant architectural minds who have helped mold the course, will host the 2021 Tokyo Olympic golf tournaments in July.

Around 50,000: Estimated attendance for each day at the Ryder Cup at Whistling Straits in September. The biennial event was postponed by the PGA of America in July 2020 in order for fans to attend the event. The earliest experts estimate that large outdoor crowds can return is late summer to early fall 2021.

144 days: Time elapsed between the end of the November Masters and the first round of the 2021 Masters, currently scheduled for April 8, 2021.

48 inches: The maximum allowable driver length, per the USGA. Also, the driver length certain PGA Tour stars are toying with this offseason as they gear up for 2021.

42: Total number of players in this year’s Sentry Tournament of Champions in Maui, the most-ever. Sixteen additional players were added to the tournament field after organizers amended the entrance criteria to account for the PGA Tour’s spring shutdown.