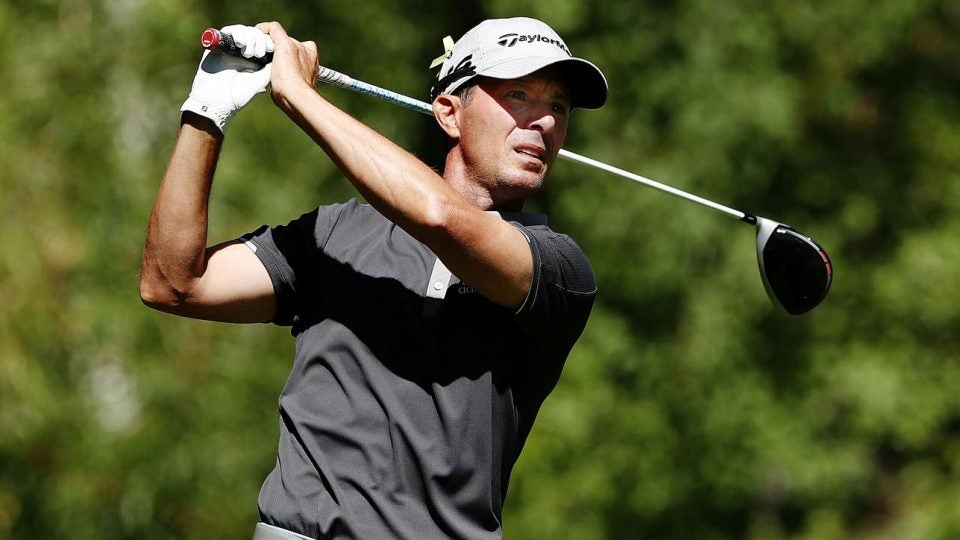 With seemingly all eyes trained on Adam Scott’s triumph at Riviera last week, other intriguing stories continued to play out across the golf world, near and far. Here are four things you might’ve missed.

1. The adventures of Eric Cole

The last two weeks have been quite the adventure for Eric Cole, consisting of international flights, numerous road trips and (presumably) very little sleep.

Cole flew to Bogota, Colombia on Jan. 29 with no guarantee he’d have a place in the following week’s Korn Ferry Tour event. He successfully open qualified into the tournament — exceedingly important for Cole, who needs as many starts as he can get with low conditional status — and played reasonably well, finishing T39. He flew back to Miami right after the final round on Feb. 9 and retrieved his car from a nearby country club.. He then drove to his home in Delray Beach, arriving around 3 a.m. for some well-deserved rest.

His sleep was short, however, as Cole woke up a few hours later to drive three hours across the state to yet another Monday qualifier, this time for the LECOM Suncoast Classic. Running on jet lag and little sleep, he fired a smooth 64 to get into the field. The only issue? All of his clothes were back in Delray Beach. So the road warrior hopped back in his car and drove three hours back to retrieve them. He slept in his own bed that night and headed back across the state yet again the next morning.

• Took evening flight to Miami, Ubered to his car and drove an hour home.
• Slept 4-5 hours and drove 3.5 hours to Monday qualifier.
• Made 8 birdies and eagle to qualify …

• Realized he forgot to pack clothes for week. pic.twitter.com/p2pXEBZbNM

The crazy travels were well worth it for Cole, however, as he finished a career-best T17 at 17-under.

“It was a little bit of a hassle and a headache,” Cole said. “But it worked out.”

It’s a positive attitude for someone who endured an intense travel grind just for an opportunity to play, but hey, no one ever said the minor leagues of professional golf were glamorous.

News
Rory McIlroy and Adam Scott blew up when the broadcast went off air. Here’s what happened

Former Masters champion Mike Weir finished T17 at the LECOM Suncoast Classic on the Korn Ferry Tour over the weekend, his best finish in nearly six years. His performance was punctuated by an albatross on the par-5 6th hole, the first of his career.

Weir’s T17 performance was the lefty’s best showing in a PGA Tour-sanctioned event since he was runner-up at the Byron Nelson in 2014. His Sunday 65 was one of the rounds of the day at the gettable Lakewood National Golf Club, bringing his four-day total to a tidy 17-under.

The 49-year-old has faced some notable struggles with his golf game in recent years. He’s made just nine cuts over his last 32 starts, but in spite of those woes, he’s continued to grind away as he prepares to make a transition to the Champions Tour in just three months.

Weir has only past champion status on the PGA Tour this season, so he won’t be making many starts on the big tour, but keep an eye on the Canadian as he continues to polish his game on the Korn Ferry circuit as his 50th approaches.

As it was reported last week, the coronavirus outbreak is making its impact on professional golf in Asia as precautions are taken to quell the spread of the deadly virus. That trend continued Friday as the European Tour announced that it will postpone two tournaments – the Volvo China Open and the Maybank Championship — in interest of mitigating the possibility of exposure to the virus.

“The well-being of our players, spectators and staff is always our absolute priority,” the European Tour said in a statement. “While it is therefore regrettable that the Maybank Championship and Volvo China Open have been postponed, we feel this is the correct course of action at this time. We are currently investigating alternative dates for both events.”

The Maybank Championship and Volvo China Open have both been postponed due to the outbreak of Corona-virus.

Discussions are ongoing with all parties looking into the possibility of rescheduling both tournaments later this season.

PGA Tour Series-China, which previously postponed qualifying tournaments in the region, also announced that the start of their season would be pushed back. The qualifying tournaments are tentatively planned to be played in late April or early May, with the season beginning in late May or early June. The Tour is still planning a 10-event regular season, but plans are fluid as time progresses.

“We watched and scrutinized the situation closely, and we did not make this decision lightly,” PGA Tour Series-China Executive Director Greg Carlson said in a statement. “We appreciate the patience our players have shown during what is a difficult time as they try to prepare for their seasons. At the same time, we don’t want to do anything that might jeopardize the health of them or anybody else who is involved in PGA TOUR Series-China.”

4. Scott Parel gets it done again

Scott Parel never won on the PGA Tour. In fact, he never even had status on Tour. But after his win Sunday at the Chubb Classic, he’s a three-time winner on the Champions Tour.

Back in the winner’s circle. 🏆@ParelGolf wins the @ChubbClassic and collects his third career PGA TOUR Champions victory.

All three of his wins were final-round comebacks. pic.twitter.com/dQTnRtlEca

Parel, who began the day three shots back, fired a flawless 8-under 63 Sunday in Naples, recording eight birdies to secure the come-from-behind victory. The 55-year-old leapfrogged past hall of famers like Fred Couples and Berhard Langer with his final-round performance, edging runner-up Bob Estes by two shots. Parel seems to thrive in the chase position on Sundays, as now all three of his Champions Tour titles have come when he was trailing entering the final round.

The victory pushes Parel’s career earnings on the Champions Tour up over $5 million. Not bad for a guy who couldn’t ever quite get over the hump before he turned 50.