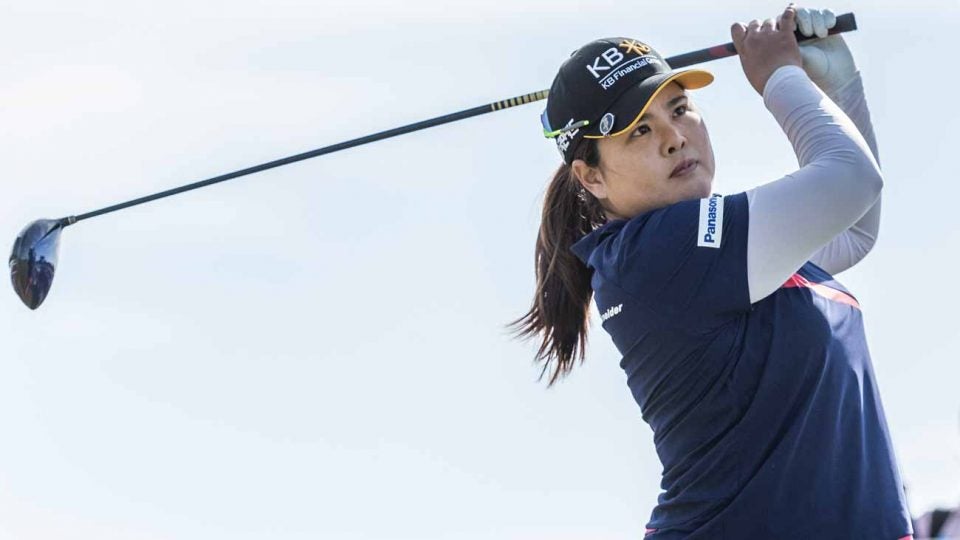 With the customary champagne bath on the 18th green for LPGA Tour tournament winners over, Inbee Park carefully grasped one of the bottles, held it for a second and raised the bubbly to her mouth for a slow swig.

When you go almost two years between victories, when doubt creeps in ever so slightly, even as late as the back nine on Sunday, you savor every single last drop.

Seeing a seven-shot advantage shrink to two after a bogey on the 16th hole at the Women’s Australian Open, Park channeled the skill that made her a previous 19-time winner on the LPGA Tour, as she rebounded with a birdie on the 17th on her way to claiming her first win on tour since the Bank of Hope Founders Cup in mid-March 2018.

“It’s joy I’m feeling — and relief,” Park said. “I didn’t know when it was going to come. It took almost two years to come and I had been missing them quite a lot.”

The final round of the #WomensAusOpen ended with Hall-of-Famer @InbeePark claiming her 20th career LPGA Tour title 👇 pic.twitter.com/C6weGq7Y6z

It did take some work.

Entering the final round with a three-shot lead, Park boosted it to seven on Sunday’s back nine before bogeys on the 14th and 16th dropped her advantage to two over Amy Olsen. No worries. On the par-5 17th, Park dropped her drive in the fairway, was home in two and two-putted for birdie to all but clinch the victory.

Park finished at 14-under 278, three shots ahead of runner-up Olsen and four ahead of Perrine Delacour. And the LPGA Hall of Famer clearly enjoyed LPGA victory No. 20 as much as any of her others.

“It’s good to have the trophy again.”