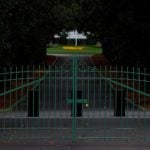 This week’s PGA Championship at TPC Harding Park in San Francisco, this year’s first major, will be played without fans due to the coronavirus. Next month’s U.S. Open at Winged Foot Golf Club at Mamaroneck, N.Y., this year’s second major, will be, too.

The year’s final major could also be.

The mayor of Augusta, Ga., said Thursday that a patron-less Masters was “likely” when the tournament begins in November at Augusta National Golf Club.

“I think that based on everything I know about what’s taking place at Augusta National, they’ve been on the front lines of reviewing what the PGA is doing,” Hardie Davis said on a video on the WRDW website. “I think, as you see, the tournament’s happening tomorrow — the PGA Championship begins at TPC Harding Park — without fans. And that’s likely what probably will happen here in Augusta. Where we have a tournament without fans.”

Augusta National has not publicly discussed its plans since early April, when the Masters was moved from its traditional April date to November. At that point, Augusta National chairman Fred Ridley said that “future plans are incumbent upon favorable counsel and direction from health officials.”

“Provided that occurs and we can conduct the 2020 Masters, we intend to invite those professionals and amateurs who would have qualified for our original April date and welcome all existing ticket holders to enjoy the excitement of Masters week,” Ridley said in a statement.

Davis said Thursday he believed that Augusta National could host patrons “better than anybody” should it do so.

“They have the wherewithal to test all the patrons who show up at point of contact. If you got a fever, they can tell you to get in the car,” he said on the video on the WRDW website. “But, again, they’re very thoughtful. They’re going to take those necessary precautions to ensure the health, welfare and safety of not just the competitors, but also the city.”