Master of None: Reflecting on a lifetime without an ace 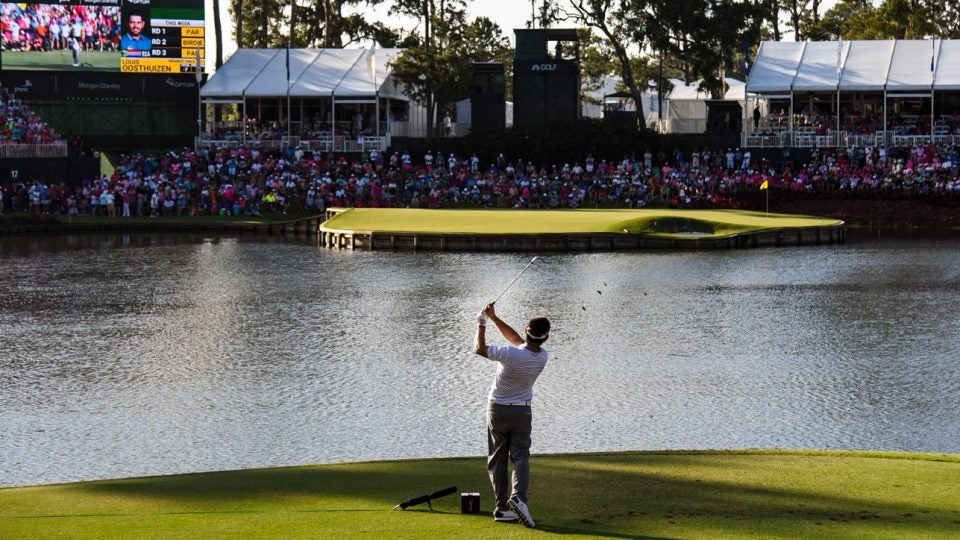 I’ve pretended to be thrilled for my friends. Through gritted teeth, I’ve added jovial comments to social media posts, and I have faked enthusiasm for all the latest in mahogany plaques. But dang it, I just can’t pretend any longer: No, I’m not happy you made a hole-in-one. No, I don’t want to hear the details. No, I don’t even want a free drink…unless I can splash it in your face. I hate every one of you who has made a hole-in-one. I’m not jealous; it’s much deeper than that—I’m bitter.

In case you can’t tell by now, I’ve never made an ace. I’ve never even seen one. On two separate occasions friends in the group in front of me have dunked one, but I had no view of either. One time at the old Kemper Open I followed Phil Mickelson for most of his round, then took a quick detour into the gents, during which he promptly made a hole-in-one. The roar of the crowd made my Porta-Potty vibrate.

Did you know that there are some 128,000 aces made every year? (Not by me, obviously.) Or that three-year-old Jake Paine scored a hole-in-one on a 65-yarder in Lake Forest, Calif.? Or that Harold Stilson was 101 years old when he jarred a 108-yard 4-iron? Now, I’m not saying that Jack or Harold didn’t deserve their ace, but c’mon! The more you dig into it the crazier the stories become. To wit: An Englishman named Robert Taylor once aced the 189-yard 16th hole at Hunstanton Golf Club in Norfolk three days in a row. At a long-ago corporate outing a novice golfer named David Terpoilli shot a nifty 193 at Whitemarsh Country Club that somehow included an ace on the 128-yard 16th. Oh, the humanity! These days aces on par 3s have become so mundane that folks are routinely making them on par 4s and even some 5s. I recently read about a fellow named Shaun Lynch, who knocked in his tee shot on the 496-yard 17th hole at the Teign Valley Club in Christow, England. It’s a sharp dogleg, but still.

I once moaned to Mickelson about my rotten luck in never having made a hole-in-one, and he offered some sage advice: “Try hitting it closer to the hole.” Thanks, dude, but Ben Hogan might be the most precise iron player of all-time and he is reputed, in his lifetime, to have never enjoyed an ace during competition. Meanwhile, a gluttonous weekend hacker named Norman Manley—sorry, Norman—has made 59 of them, according to the National Hole-In-One Registry. So clearly there is more at work here. Mac O’Grady, the former PGA Tour pro from outer space, once observed, “A hole-in-one is amazing when you think of the different universes this white mass of molecules has to pass through on its way to the hole.” Indeed.

Just the other day I heard about 99-year-old C.D. Madsen, who had made the first ace of his life. I suppose the glimmer of hope it offered should have cheered me, but really, it just made me morose. Am I, too, gonna have to wait another half-century for my shining moment? Nevertheless, I reached out to C.D., who has been a member of Marin Country Club, in Novato, Calif., for the past 57 years. Citing his poor hearing, he preferred to correspond by e-mail. C.D. is a World War II veteran who didn’t take up golf until his 40s, after his construction business had begun to thrive. He still plays a few days a week and is beloved around Marin C.C. for his sunny disposition. I tried to get him to wax poetic about his ace, which came on the 108-yard, par-3 16th, with a 6-iron. I tried to goad C.D. into imparting some Yoda-like wisdom that would help me in my quest. Bless his heart, he wasn’t having it.