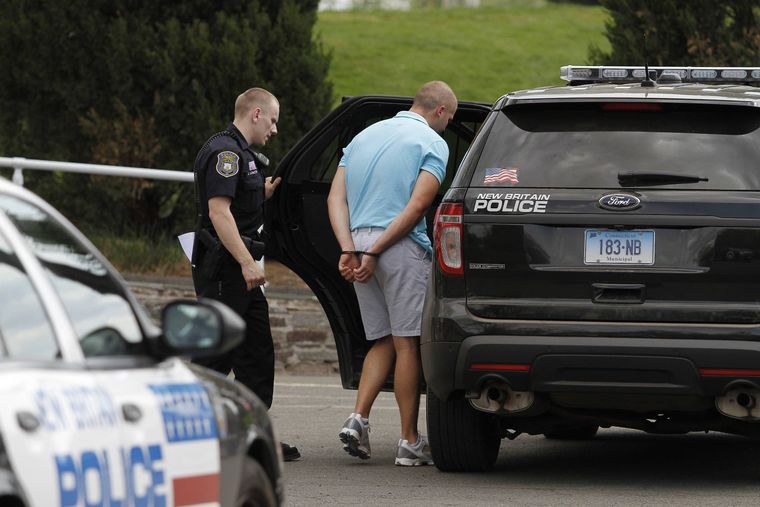 Be careful the next time you tell a group ahead of you to play faster.

A man was arrested after police say he pulled out a gun and flashed it at the players behind him when they complained about his group’s slow play at Stanley Golf Course in New Britain, Connecticut, on Tuesday.

Alejandro Baeza, a 22-year-old from Wethersfield, faces threatening and breach of peace charges.

Police told the New Britain Herald that it started when the group playing behind Baeza’s became agitated at the pace of play.

“Words were exchanged about golf etiquette and playing through,” Capt. Thomas Steck told the newspaper. “A man in the first group then went to his golf cart and retrieved a firearm.”

Police say Baeza then put the gun under his clothing and pulled back his shirt to reveal the gun to the group behind his. The group notified the clubhouse, and police arrived.

After being arrested, Baeza’s gun and permit were both seized.