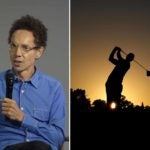 Malcolm Gladwell is a very smart man — but when it comes to golf, we think he missed a few points.

Malcolm Gladwell is no fan of golf. He’s made that much clear for years.

The noted Canadian author and popular social scientist released a podcast episode in 2017 entitled “A Good Walk Spoiled” in which he shreds golf — focusing in particular on a series of Los Angeles private country clubs he sees while jogging. That precious land, Gladwell muses, would be better served were it open to the people rather than reserved for a select few.

“I hate golf,” Gladwell says by way of introduction. “And by the end of this episode, I hope you’ll hate golf, too.” We don’t support that point of view here on the Drop Zone. Instead, we pick out 10 things that Gladwell got wrong about our beautiful game.

There’s no question that golf has traditionally lagged significantly behind when it comes to social and cultural progress. As a result, it’s important that anyone inside the game listen to outside voices with an open mind — particularly smart journalists with massive followings like Gladwell. But here’s the problem with the episode: he seems to begin with a conclusion and then wanders his way back towards some evidence. In the process, he misses the point altogether.

Why is this relevant now? Two reasons. First, because Gladwell re-ignited his war on golf a couple weeks ago, tweeting “LIBERATE THE GOLF COURSES OF AMERICA!!” and implying that two of San Francisco’s municipal golf courses, the Presidio and Lincoln Park, shouldn’t be used for golf at all.

Then a week later Gladwell re-published his original golf podcast with a new introduction. “In a minute, we’re going to play it again, just to get the golfers riled up,” Gladwell says. Well, it worked.

In re-listening to the episode, I picked out 10 things that Gladwell gets distinctly wrong about golf — and three things I think he got right.

The first is this: he seems to think every golf course is an exclusive L.A. country club. Yes, his running route passes by some golf courses with perfectly-manicured greens and six-figure initiation fees. Some of them even have barbed wire fences surrounding them. But most courses aren’t top-shelf private country clubs in densely populated city neighborhoods. Most golf courses aren’t private at all! 75% are public. The average U.S. greens fee — with a cart, on a weekend — hovers around $36. There are far more rounds available for $20 than there are for $200.

Gladwell’s experience seems colored by the fact that when he travels to L.A., he calls a Brentwood poolhouse home, which means he’s staying in one of the higher-priced zip codes in the country. It’s no wonder he happens upon an extravagant, private club. In the episode he spends several minutes talking about the golf habits of top-shelf CEOs; in his mind those seem to be average American golfers. That’s also not the case.

But it’s important to note that Gladwell does make some compelling points, too. He dives into Los Angeles’ tax laws and how golf gets off easy — and he gets into some intriguing possibilities for mixed-use courses. To find out his 10 whiffs (and three hits!) check out the Drop Zone embedded below, or find it wherever you listen to podcasts.