The 315-yard 10th hole at Riviera Country Club, host of this week’s Genesis Invitational, is frequently described as the greatest short par-4 in the world. Do you agree? If not, what hole deserves the honor? And if Riviera’s 10th truly is the finest, what’s the runner-up and why?

Adam Messix (panelist since 2015; has played 100 of the current World Top 100): The 10th at Riviera is the ultimate example of strategic architecture because it offers the player so many options on how to attack. It is also one of the few holes that has become better with the hot equipment today, as driving the green is now a viable option (even though I’m unsure if that’s the best option). The player can play short of the bunker on the left, leaving a full wedge with an open look at the length of the green. The farther right you go off the tee, the more precise you have to be with your pitch, as the green is incredibly narrow and works away toward the back bunker. The player can challenge the left bunker and leave a shorter open pitch or they can attempt to drive the front left of the green, challenging the deep, front-right bunker. What makes the hole great is that George Thomas was not afraid to make the hole difficult and the punishment for a miss severe. What’s amazing is that the hole is on dull, flat land and has similar cousins on better ground — like the 6th at LA North, 12th at Pine Valley, 10th at Merion East and 12th at Wade Hampton — yet it is still clearly the best. The runner-up is the 17th at Crystal Downs, an Alister MacKenzie design with multiple options, played downhill through a fairway with numerous rolls that progressively narrows toward the green with enough severity to punish a poorly played or thought-out shot. 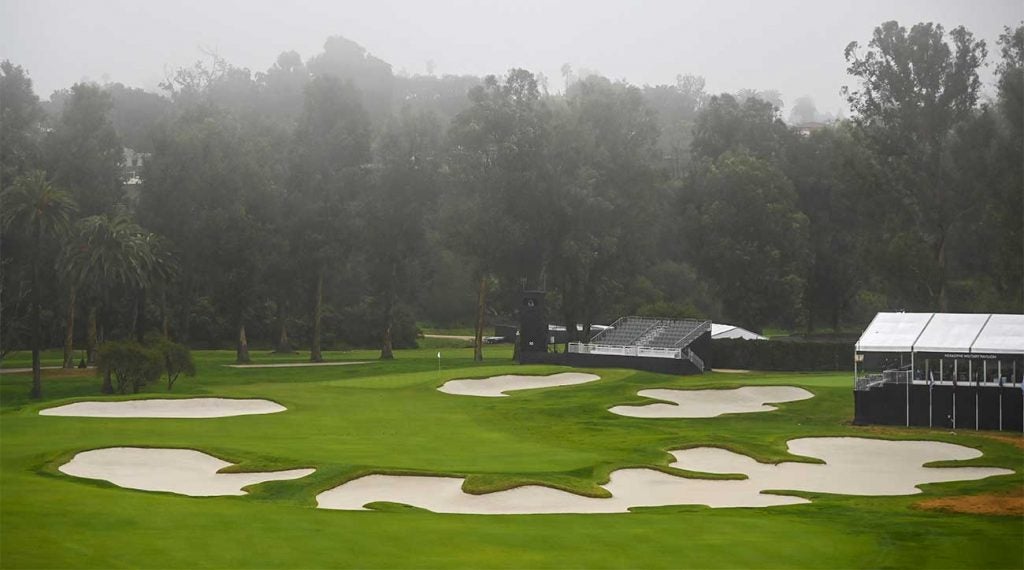 Riviera Country Club's par-4 10th hole offers plenty of options off the tee, but not executing could result in disaster.
Getty Images

Brian Curley (panelist since 2011; has played 65 of the World Top 100): There is a lot to love about the 10th at Riviera. There’s great choices off the tee, and the massive cross-bunker hides much of the primary landing area. The tiny, skinny green is set at an angle and flanked with deep bunkering, and the rough is in all the right places along the right side, making second shots difficult for even the premier players. And don’t forget the views back to the imposing clubhouse set above the hill. My impression is that, in recent years, the surroundings of the green (maybe 2,500 square feet?) have been shaved to where balls that used to hold now run off and the target has become perhaps a bit too difficult to hold from less than a perfect angle. I’ve seen some impressive shots that used to hold up in the outer fringe but now roll off into the greenside bunkers. Even some Tour pros go bunker to bunker with seemingly well-played shots. In my opinion, there are too many great candidates to choose a single greatest short par-4. Additionally, answering the question of what is the best drivable par-4 is becoming more and more difficult as the gap in players and length is so extreme that it is impossible to make a drivable hole for the average player (or the average Tour pro in the field) without making it just a long par-3 for the bombers. I think those days are gone. 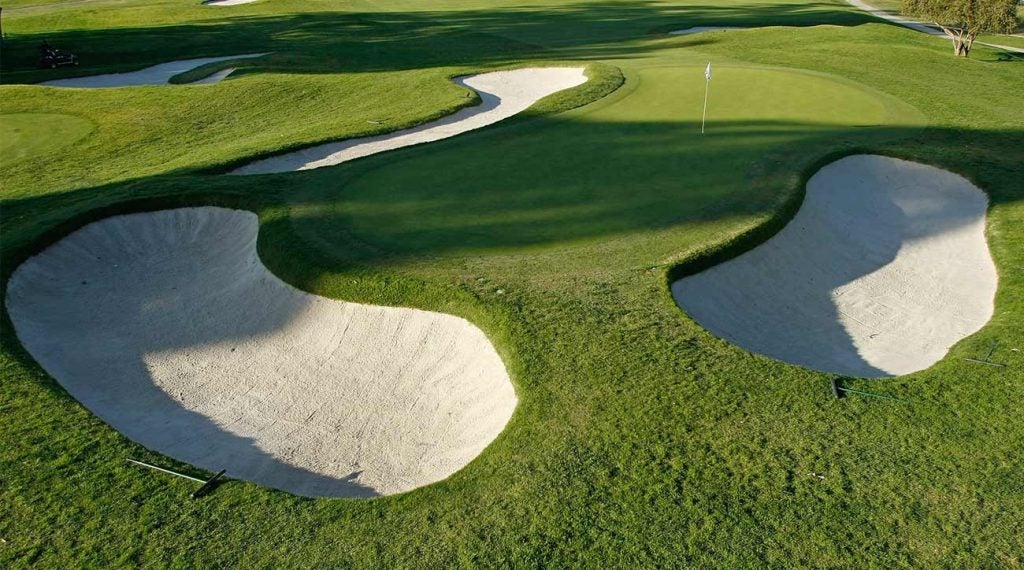 A look at the difficult and narrow green of the 10th at Riviera.
Getty Images

Tim Gallant (panelist since 2019; has played 62 of the World Top 100): Adam and Brian do a great job explaining why the 10th is such a fantastic strategic hole. It just goes to show that yardage is just a number. One of the interesting concepts that I’ve had a discussion on recently is the idea that golf is a sport, recreational pursuit and an experience all rolled into one. Like it or not, in an Instagram world, how photogenic the hole is can be quite important in helping aid a sense of experience one derives from the round. From a sporting perspective, golf at times can mirror an adventure — something that must be conquered and overcome, a pursuit that will leave you breathless, physically and otherwise. In that sense, I agree that the 10th makes players think and is a fantastic recreational hole that stimulates the mind. But is there a short 4 that engages the recreational, sporting and experiential mind equally? I don’t know if it’s the best, but the 9th at Cypress Point comes to mind. Strategic, raw, wild and photogenic.

Michael Goldstein (panelist since 2020; has played 56 of the World Top 100): Of course Riviera’s 10th is a brilliant hole. A poor shot can have disastrous results and knowing that such a small mistake could result in a disproportionately bad outcome plays into your mind, which is cool. The severe tilt has helped the 10th to withstand the advances in technology; even with 2020 equipment the angles, the proportions and ultimately the strategy remains relevant. Is it the best short par-4 in the world? For me, it lacks the idiosyncrasies of my favorite short 4s, which are more elastic, more subject to the bounce of the ball and where strategy can be more wildly dictated by the pin position and conditions on the day. I’m not brazen enough to classify one as the greatest, but holes like 16 at North Berwick, 12 at St. Andrews or even 6 at Paraparaumu Beach are pretty special.