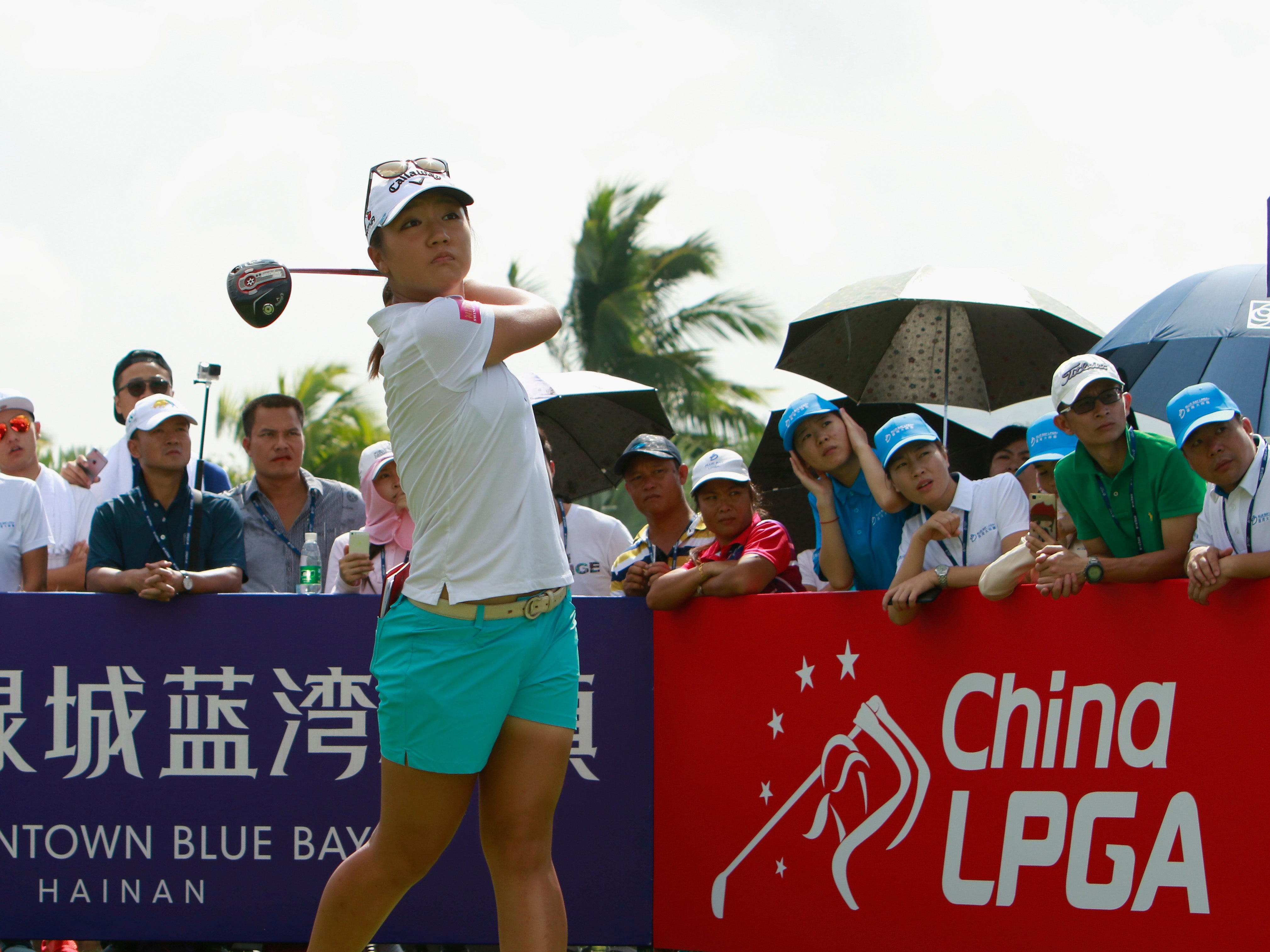 HAINAN ISLAND, China (AP) — China’s Lin Xi-yu took the lead Thursday in the windy Blue Bay LPGA, while Lydia Ko struggled in her first round since regaining the No. 1 spot in the world.

With her family watching at the tour’s lone event in China this season, the 19-year-old Lin shot a 5-under 67 in difficult conditions at Jian Lake Blue Bay. She had the lone bogey-free round on a day when only 10 of the 80 players broke par.

“My mom just got here this morning and she hasn’t watched me play since the U.S. Open,” Lin said. “I’m very happy that my family can be with me this week.”

Ko opened with a 77, her highest score since a career-worst 80 in high wind last year at Royal Birkdale in the Women’s British Open. She won the LPGA Taiwan by nine strokes Sunday to regain the No. 1 spot from Inbee Park. The 18-year-old New Zealander has a tour-high five victories this season, winning three of her last five starts.

Ko had a double bogey on the par-4 second, bogeyed the next three holes and dropped more strokes on 11 and 12. She birdied the par-5 14th and 18th.

“I actually hit it a little thin, but the wind was helping,” Lin said.

She missed a birdie chance on the par-5 18th when her 6-foot putt slid by on the right side.

“When I played in the practice round, I thought, ‘This place is pretty tough,'” Lin said “I’m pretty surprised what I did today. I’m really satisfied with my game.”

She has had the two best finishes of her two-year LPGA Tour career on the Asian Swing, opening with a tie for seventh in Malaysia and tying for sixth last week in Taiwan.

“Pretty windy out there and then a few of the pins are kind of in kind of tough spots if you get it on the wrong side of the hole,” Ernst said. “But I hit it pretty well all day. Gave myself a lot of looks. Made a lot of good putts. A lot of good pars.”

China’s Shanshan Feng had a 73. She has four career LPGA Tour victories.

The second-ranked Park shot a 75. The South Korean player has four victories this year, winning two of the five majors. She tied for second Sunday in a Korea LPGA event.