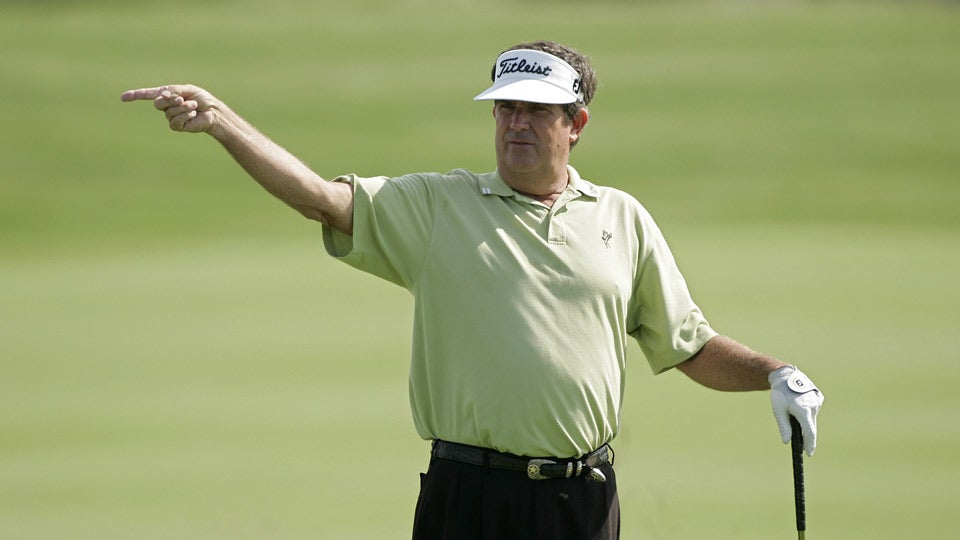 Lietzke didn’t take majors too seriously and he rarely touched a club from the time the PGA Tour season ended (late summer in his day) until it resumed in January. But the perfectly grooved power fade was seldom better or more consistent than it was in the hands of this Kansas City native. Lietzke won 13 times on Tour between 1977 and ’94 and still was top-tennin’ in 2000. He moved to Texas at age 8 and accomplished most of his feats while residing there or in Oklahoma. His wins often came in pairs: Two victories apiece at the Canadian Open, the Byron Nelson, at Tucson and at Colonial. Among his seven Champions Tour wins is the 2003 U.S. Senior Open. Runners-up in the Jayhawk State include “Handsome” Dick Metz from Arkansas City (10 PGA Tour wins in the 1930s and 40s, with nine U.S. Open top 10s); Harold “Jug” McSpaden from Monticello (17 PGA Tour wins, a record 13 runners-up and 31 top 10s in 1945 alone) and Gary Woodland from Topeka (two PGA Tour wins, basketball scholarship to Washburn, golf scholarship to University of Kansas).