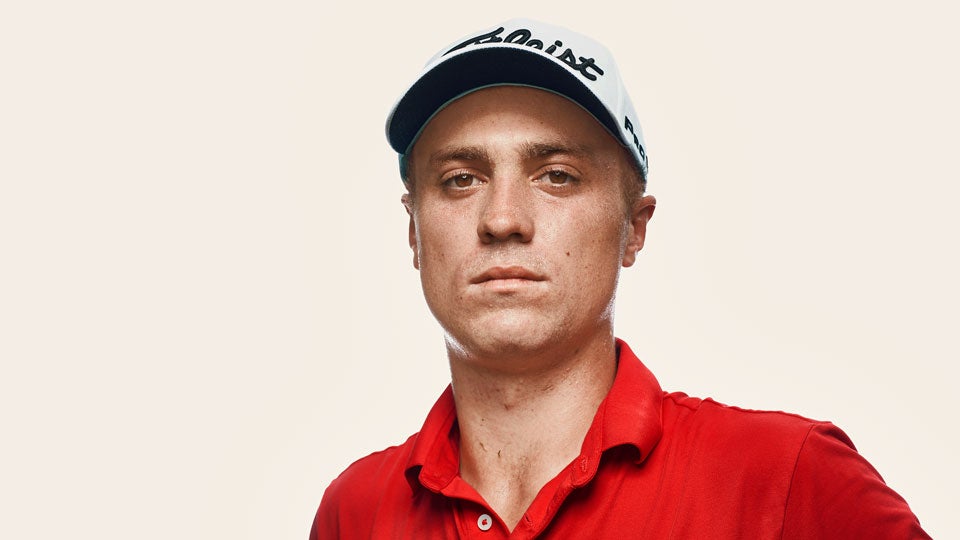 This interview first appeared in the February issue of GOLF.

Congratulations on winning your first PGA Tour title, at the CIMB Classic in November. After finishing in the top 10 seven times last season, what made the difference in Malaysia?

JT: You know, you never really know what makes the difference, which is fun and frustrating. I’ve been playing really well and managing things well. I had a hot round on that Friday and got in control. I stayed in the moment and stayed patient more than anything. I had a couple of things go my way— I made some long putts and holed a bunker shot. Next thing you know, I’m holding the trophy.

You took home more than just a trophy—you won $1.26 million. Did you buy anything to celebrate?

What’s your most prized clothing possession?

JT: I have a lot of dress shoes I really like. Every time I finish in the top 10, I go to the mall. We have a really sick mall here in Palm Beach, Fla., with a lot of high-end stores. I’ll go in there and impulse buy for a couple of hours. Rickie [Fowler] and I are going to go later today. There are these sweet suede slipper-loafers I’m gonna get. I saw them before I left but I just couldn’t pull the trigger—but as soon as I won, I knew I’d be getting them.

You came up short in last season’s highly competitive Rookie of the Year race, which went to Daniel Berger. Were you robbed?

JT: I didn’t feel like I deserved it more than Berger, but I could have made an argument for it. If you look at the stats, any rookie that makes it to the Tour Championship [as Berger did] wins. He had a great year. It’s tough to compete against two runner-up finishes. Obviously, I wanted to win. And I was bummed, but I’m more focused on the Player of the Year vote. That’s the one I want to win.

What’s the hardest thing about being a Tour rookie that fans don’t know about?

JT: That at least two or three times a year you pick the wrong hotel. It can be something as little as that. It’s not a big deal, but you’ll pick something that you see is cheap and near the course, but you get there and it’s not in a nice part of town. I made that mistake in New Orleans and had to change my hotel when I got there.

JT: I use the ground really well. I use the force off the ground to hit upward on the ball—that’s a big part of it. It sounds so simple, but using the ground is what really helps.

AUGUSTA SETS UP WELL FOR ME.

I’m excited to play my first Masters this year. I think Augusta will be a really good course for me because I hit the ball very high, and I’ll be able to hit some shorter irons into those firm and fast greens, so having maximum spin won’t hurt. Another thing I know? I’m going to play there as often as I can to learn every possible thing about it by April.

You made the cut at the Wyndham Championship when you were only 16. How did that experience help you learn what it’s like on Tour?

JT: It was huge. It was just cool being there and being 16. Playing, and playing well, gave me a lot of confidence and a lot of motivation to get back there. And it was very cool to return this year, because back in 2009, that event got me a pretty decent amount of friends. Guys I played with or met that week still talk about it sometimes. It was a big confidence boost for me. 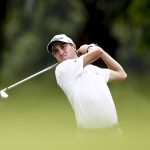 You’re known as a jokester and like to poke fun at colleagues on social media, like calling fellow pro Scott Piercy “Grandpa.”

JT: Yeah, he’s “Grandpa” because he has a lot of gray in his beard. I talk trash as much as anybody and I enjoy that. Poking fun at guys when you’re playing money games, that’s a blast. We all like to joke around sometimes, so why not let everybody else see it?

Do you think players should loosen up a bit more on social media?

JT: I do, absolutely, 100 percent. Some people view Twitter and social media as a serious business type of thing. I understand it’s a great way to grow your brand, but I’m still gonna have fun on it.

You’re compared to Jordan Spieth—you’re the same age and are good friends. How do you feel about being mentioned alongside the game’s biggest new star?

JT: I don’t want to compare myself to anybody. I want to be known for my own thing. I’m friends with a lot of players, and [Spieth] just happens to be No. 1 in the world. I’m happy for him, but I’m ready to be known as a good golfer, for doing what I do, as opposed to just being his buddy.