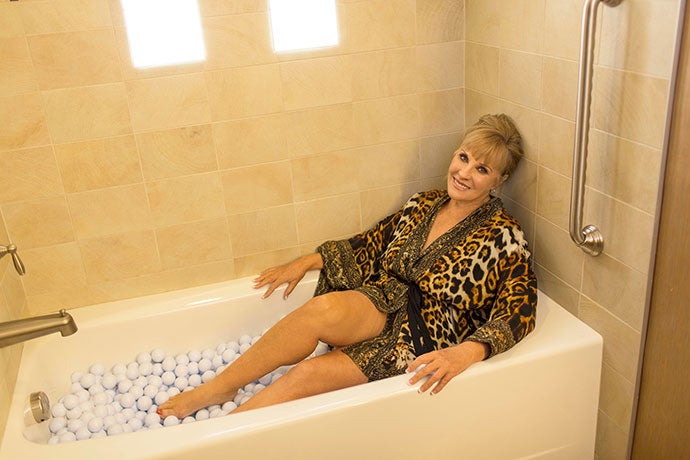 Jan Stephenson ruffled some feathers in the golf world back in the 1980s when she posed for a photo in a bathtub full of golf balls. But ultimately the snap brought a lot of attention both to Stephenson and the women’s game.

“I know Jan faced some criticism,” Nancy Lopez told ESPN in 2014, “…but it was good for golf. There was nothing wrong with the photo, and her being able to show the sex appeal she had was a good thing.”

Stephenson, a three-time major winner, is one of 13 women featured in the 2017 edition of GOLF.com’s Most Beautiful Women in Golf. To mark the occasion, she posed for a playful homage to her 1986 calendar shoot.

Here’s the original photo, which Stephenson has said required her to sit in the tub for two-and-a-half hours. Beneath that is our modern spin on the shoot, which was not quite so demanding.