What are Jack Nicklaus’ career winnings worth in 2020 dollars? 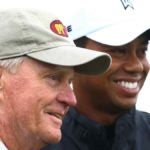 Jack and Tiger both came out charging when they turned pro. Jack won three times in 1962, while Tiger won twice in his rookie year.

Welcome back to the Money Game Mailbag, where we field your questions at the intersection of golf and, you guessed it, money! Have a query for us — on your personal (golf) finances, the economics of golf, or if jumbo winner’s checks are actually cashable — and our resident golf-and-finance whiz, Paul Sullivan, might just answer it. Email your queries to him at moneymailbag@golf.com.

How much did Jack Nicklaus earn in career winnings in 2020 dollars? — Steve O’Leary, Bend, Ore., via email

Welcome to Golf Inflation 101, Steve — a study in the buying power of yesteryear’s tournament winnings in today’s dollars! It’s a particularly apt topic given the current economic crisis, when every dollar counts.

Jack Nicklaus’s overall tournament record is arguably unequaled, given his number of tournament and major wins. But in terms of earnings he is nowhere near the all-time money winners. His $9.1 million — which counts 73 PGA Tour victories, 10 PGA Tour Champions events and another 20 unsanctioned events — doesn’t even crack the top-100 all-time money-winners.

The last spot on that list is occupied by J.J. Henry, who has three PGA Tour titles plus one on the Korn Ferry Tour. He has won $16.8 million on Tour. At number one, of course, is Tiger Woods with 82 professional wins, good for more than $120 million in earnings.

But what would Jack’s earnings in his heyday be worth today? A rough adjustment for inflation wouldn’t be terribly accurate given how data was kept when he started. Jack turned pro in 1962 but the PGA Tour’s list of leading money winners isn’t available online until 1980, when Jack finished 13th with $172,386 — or roughly $550,000 in today’s dollars. (The 13th place money leader in the 2019 season, Paul Casey, won $4,257,000.)

If we just looked at Jack’s victories each year and adjusted from there, that number would exclude all the other tournament finishes where he finished in the money.

A better measure might be a comparison of Jack and Tiger, the dominant golfers of their eras. Using certain touchpoints in their careers might elucidate the economic disparity between then and now, something that even inflation can’t compensate for.

Then there is their dominance of the Masters, which we all dearly missed earlier this month. Jack earned an inflation-adjusted $1,118,986 from his six wins, while Tiger took home $7,478,836 for his five victories. (Tiger’s 2019 win paid him more than all six of Jack’s combined.)

Not a bad week’s worth but nothing compared to what he would have banked in today’s game.