‘It’s like being in contention:’ Inside the battle to make the cut at a major championship 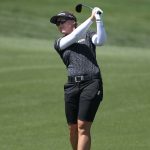 In golf, making cuts is crucial. And at a major, that pressure is only amplified.

RANCHO MIRAGE, Calif. — Friday is an odd day at pro golf tournaments. The shiny new feeling of the beginning of competition has worn off, but the excitement of the weekend hasn’t quite arrived. It’s a bit like purgatory.

Watching the top of the leaderboard on Friday is like watching the backstretch of a horse race. You can get a sense for the storylines of the tournament, but there are no trophies given out for leading through 36 holes. Players are merely jockeying for position and keeping the leaders in their sights before a weekend charge.

There may be no winners at the halfway point, but there is another thing on the line as play comes to a close on Friday night — paychecks. If you can survive the cut, you book a weekend tee time and, perhaps more importantly, are guaranteed money.

Made cuts are a lifeblood in professional golf. Make the cut, play the weekend, collect a paycheck. It’s the difference between coming out of the week in the black or in the red. It’s also directly linked to your playing privileges. Miss enough weekends, and suddenly you’re back at Q school.

The cutline is always at the top of mind on Fridays. It’s omnipresent. And even if players aren’t actively watching the line move throughout the day, they always have a sense for where it will fall.

“After the first day, you have a pretty good idea of where it’s going to be,” said four-year pro Caroline Inglis.

Unfortunately, Inglis found herself on the wrong side of that magic number on Friday at the ANA Inspiration.

Inglis flirted with the cut line all day at Mission Hills. She teed off at 12:11 p.m. at even par, but two bogeys on her first nine quickly dropped her outside the number. She righted the ship momentarily on the inward half with a birdie on No. 1 (her 10th hole of the day), but bogeys on Nos. 6 and 8 ultimately sealed her fate. The 27-year-old made a gutsy birdie at the last, but when the ball dropped in the cup, she didn’t even crack a smile.

“It just sucks,” Inglis told GOLF.com. “I had a lot of opportunities, and I didn’t make anything the last two days. It’s never fun, especially at a major.”

Amateur Aline Krauter was also among the cut-line casualties. The lone amateur in the field teed off in Round 2 squarely on the bubble and battled the heat and late-afternoon winds in an attempt to make the weekend in her first major appearance. But the squares outnumbered the circles on this day, and she posted three over to miss the cut by two shots.

Despite the disappointing and premature end to her first major appearance, Krauter (who turned down an invite to the Augusta National Women’s Amateur to play the ANA) expressed gratitude for the opportunity.

“I’ve learned so much the past couple days,” Krauter said. “I can learn so much from this entire experience.”

Among those learnings is battling the nerves of trying to make the cut in a pro event. Though this was Krauter’s maiden voyage at a major, the nerves she felt were oddly familiar.

“It’s kind of like being in contention at an amateur event,” she said.

But for every disappointing tale of a missed cut, there’s also a story of redemption. Players know that if they can gut it out and make the weekend, anything can happen.

When Nicole Broch Larsen made bogey on No. 3 late in her second round, a trunk-slamming evening was on the horizon. But the Dane bounced back with a birdie a few holes later to get back in the mix. When she stepped up to her 30-foot birdie putt on the final hole, she needed just a two-putt to make the cut. She had only one thought in her mind: “Don’t screw up.”

And after a day of struggles with the flatstick, Broch Larsen was able to lag it within tap-in range and move on to the weekend. She knows that’s pivotal.

“In this tournament, even at one over you’re not far off from top 20 or top 10 with a good round,” she said. “It’s so important to make the number and get a chance on the weekend.”

In the meritocracy that is golf, no one is immune to the cut line. From first-timers to major champs, everyone is required to fire a number worthy of a weekend tee time.

Brooke Henderson is a prime example. The KPMG Women’s PGA champion woke up Friday morning three-over par. She knew she’d need a special round to secure her spot on the weekend. She got one.

Henderson fired a flawless three-under 69 in the difficult afternoon wave. The round keeps last year’s co-runner up in the mix and keeps alive the hope of a date with Poppie’s Pond on Sunday.

And while some players try their best not to watch leaderboards throughout the round, Henderson is constantly monitoring where the cutline will fall.

“I think you should always keep an eye on it,” she said. “Just to keep you focused and pushing forward and so you don’t get complacent when you make a few birdies.”

“They’re pretty similar actually,” she said. “[But] it’s definitely not a position that you want to be in.”