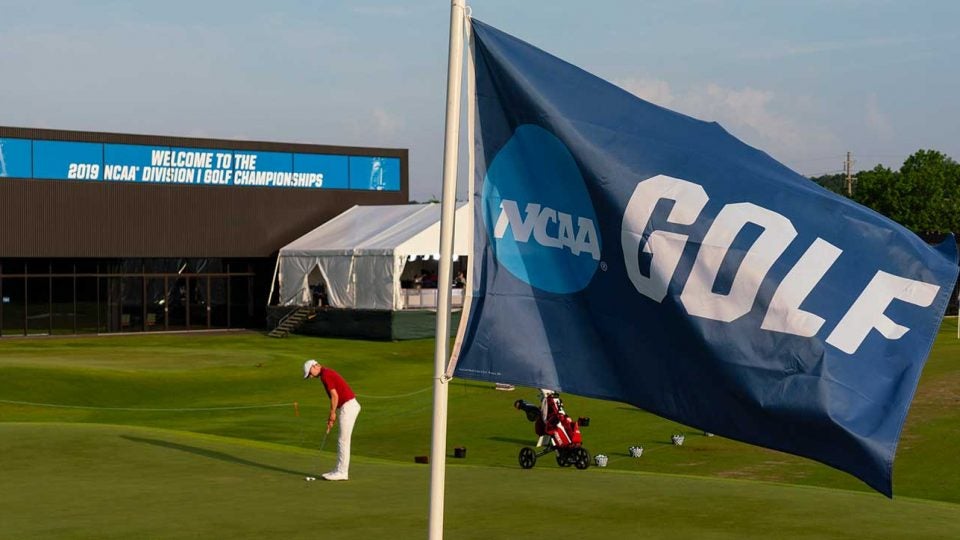 LeBron James hailed it as a welcome shift that will “change the lives for countless athletes who deserve it.”

But what impact might it have on college golf?

“It” is the Fair Pay to Play Act, which California Gov. Gavin Newsom signed into law this week, as King James himself looked on approvingly.

Slated to take effect in 2023, the legislation, which reflects a movement that is gaining traction in other states as well, takes aim at a central pillar of amateurism: It clears the way for college athletes in California to hire agents and earn money for endorsement deals.

Both the National Collegiate Athletic Association and the Pac-12 Conference, along with a number of prominent universities, lobbied against the legislation.

For its advocates, however, the law represents a long overdue step toward fairness in a collegiate sports system that generates billions of dollars a year for universities, television networks, conferences and other entities without allowing the athletes themselves to earn a cent, outside of scholarships to pay for school.

Within that system, not all sports carry equal economic weight. But while collegiate golf is relatively small potatoes next to juggernauts like college football and basketball, that doesn’t mean it won’t feel the law’s effects.

“I think it could have quite an interesting impact,” said Jay Berkowitz, a former golf standout at the University of California, Berkeley, who is now the assistant golf coach at Chico State.

Berkowitz emphasized that there’s no way to know exactly how the legislation will play out until it does. But, he said, it’s not hard to see some potential implications.

For a top junior golfer, the prospect of endorsement dollars might be the deciding factor in choosing a California school over a rival program in another state. It might also remake the recruiting landscape within California, giving smaller schools newfound leverage in their quest to attract talent.

It could have a democratizing effect. But it could also work the other way.

“That obviously puts you at a recruiting disadvantage against bigger programs with much deeper pockets,” Berkowitz said. “But if you take the possibility of endorsements, that could change the equation.”

Then again, Berkowitz noted, the prospect of endorsements might simply wind up favoring collegiate programs whose coaches have the best connections to equipment companies and other potential sponsors.

“It could have a democratizing effect,” Berkowitz said. “But it could also work the other way.”

Endorsement deals, of course, only come into the picture if players are deemed endorsable to begin with. Unlike college basketball and football, college golf has not traditionally been a sport brimming with household names. In decades past, the likes of Tiger Woods and Michelle Wie have been the rare exceptions, not the rule. But in the post-Tiger era, that’s begun to change, with a youth movement taking the game by storm. In 2019, Matt Wolff and Colin Morikawa nabbed PGA Tour wins fresh out college, while Oklahoma State star Viktor Hovland made a high-profile run at the U.S. Open, just prior to turning pro.

“That’s three guys just this past year,” Berkowitz said. “And there are more and more young players coming up all the time.”

What kind of endorsement deals those players might attract is another matter. The consensus seems to be that it’s too early to say. A Callaway spokesperson told GOLF.com that the company has no comment on the law at this time, while Chris Armstrong, a sports agent who represents, among others, the young PGA Tour stars Cameron Champ and Tony Finau, said he’s also taking a wait-and-see approach.

“We are going to continue to let the dust settle on this development and stay out of the realm of speculation for now,” Armstrong told GOLF.com.

Because playing for pride and glory, as opposed to competing for cash, is a prime tenet of amateurism, the new law also raises questions about amateur status.  If a student athlete is profiting from his or her name, image or likeness, will they be eligible for amateur events?

Here, too, the answer is TBD. The governing bodies are paying attention, but not ready to weigh in.

“While we’re watching what is happening in California and various states, it’s simply too premature to contemplate all the ways this might affect the golf community in the future,” a spokesperson for the United States Golf Association told GOLF.com.

Between now and 2023, colleges sports programs will have time to prepare what lies ahead. There will also be time for legal challenges to the legislation, which seem likely.

But no matter what transpires, change is in the air.

“Hello, world!” Tiger Woods famously declared in 1996, just days after turning pro. He might as well have added: “I’m ready to make money.”

Under California’s new law, golf’s next generational talent might not have to wait.