“He’s making it look easy,” Tiger Woods told GOLF.com on Monday afternoon at Riviera Country Club, site of this week’s Genesis Open. “To see him winning a World Golf Championship and at Pebble at the age of 48, it’s impressive to see because it’s not easy to do.” 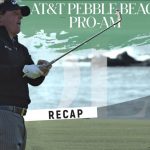 Woods would know. His comeback victory at the Tour Championship last September came three months shy of his 43rd birthday.

Before Mickelson’s triumph over Justin Thomas in a playoff at last year’s WGC-Mexico event, Mickelson hadn’t won since the 2013 British Open. But tightening the screws on a couple parts of his game have helped him regain his form. “There are two areas that guys tend to decline when they hit about mid-40s,” Mickelson said at the Desert Classic last month. “One is [swing] speed and one is putting. The last two years I’ve done a good job of improving my putting. I’ve actually putted better the last few years than I ever have in my career.”

Indeed, Mickelson ranked 13th in strokes gained: putting in the 2016-17 season and finished 9th the season before that. “He’s making more putts than I’ve ever seen him make,” Woods said. “He’s been driving it a little better but has really changed his putting the last year and a half.”

Woods has long enjoyed needling Mickelson about how he owns him in the record books, particularly his 80 Tour wins to Phil’s 44 and his 14 majors titles to Phil’s five. But does watching Mickelson beat Paul Casey by three at this year’s U.S. Open site add any motivation for Woods to hoist a trophy of his own this year?

Woods cracked a smile. “I think Phil and I can both attest to this and we’ll both say the same thing: Each of us winning has motivated one another throughout our entire career,” he said. “We were both vying for [the World] No.1 spot for virtually 18 years or so, we were both trying to jockey for who is the best player in the world. Each win by the other person always motivated the another.”

Woods will make his second Tour start of the year at Riviera; he also is serving as host of the Genesis, which benefits the Tiger Woods Foundation. Since finishing 20th at the Farmers Insurance Open at Torrey Pines last month, he has been practicing at home in Florida and says he is confident of improving on his missed cut at the 2018 Genesis. 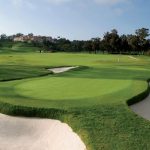 You may also like Nine things to know about Riviera Country Club, the home of the Genesis Open

“The game is good,” said Woods, who will play the opening rounds at Riviera alongside Thomas and Rory McIlroy. “I was just rusty at Torrey after taking quite a few months off prior to that event. I got better each and every day. To play well on Sunday, I felt that’s how I should be playing. Now, my schedule going forward is to try get myself ready for April.”

Woods says his body is responding well to long hours in the gym during the off-season, where he targeted building strength in his legs.

“I’ve got my legs and my body back to where I should have them,” Woods said. “That’s one of the things I was missing towards the end of the season: I was struggling because I didn’t have my legs. Being able to work on my legs as hard as I have in this off-season is going to pay dividends as we start to kick the season on here.”

Woods has not announced where he will play next after Riviera.

Players have until 5 p.m. EST on Friday to commit to the WGC-Mexico. From there, the Tour heads to Florida for the Honda Classic and the Arnold Palmer Invitational at Bay Hill, which are immediately followed by the Players Championship at TPC Sawgrass.