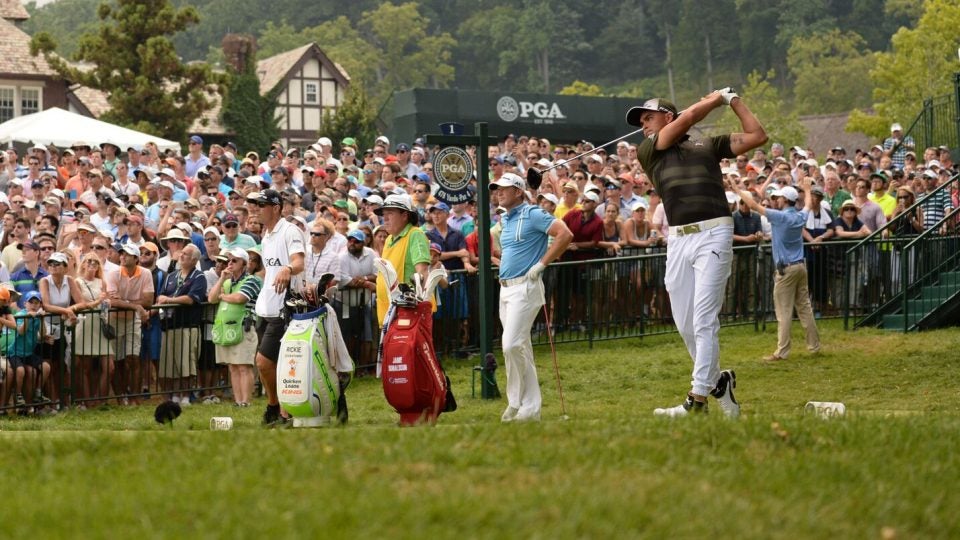 PONTE VEDRA BEACH, Fla. — Binoculars are a common sight at PGA Tour events; fans often use ’em to check out the action from long distance.

Rarer is seeing them in the hands of a player. Still, binoculars were exactly what Rickie Fowler needed on the 6th hole Friday when his ball got stuck in a tree.

Fowler launched his tee shot high down the right side of the tree-lined 374-yard par 4 but it never came down. Fans searched for the ball for a while before one spotted a ball in a palm tree. But in order to take a drop, Fowler needed to identify that it was his ball. Cue the binoculars.

.@RickieFowler is trying to identify his ball which may be stuck in a tree. pic.twitter.com/ER0WrP4261

Unfortunately for Fowler, only the white portion of the ball was visible from the fairway, and attempts from fans to shake the ball out of the tree proved unsuccessful. Ultimately, Fowler had to retreat to the tee to play his third shot.

It was a zany moment, but a potentially costly one, too: Fowler went on to double the 7th hole, too, slipping to one over par for the tournament, or likely two shots off the cut line.

The craziest part of the entire story? Fowler got his ball stuck in a tree a year ago, too — at this same event. 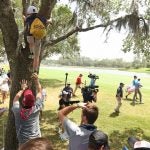 .@RickieFowler‘s ball got stuck in a tree.

He tried just about EVERYTHING to get it back. pic.twitter.com/lF79LSQIRb