Birdies were flying south of the border during Round 2 at Mexico’s Club de Golf Chapultepec — though more for some than others.

Here’s everything you missed from Round 2 of the WGC-Mexico. 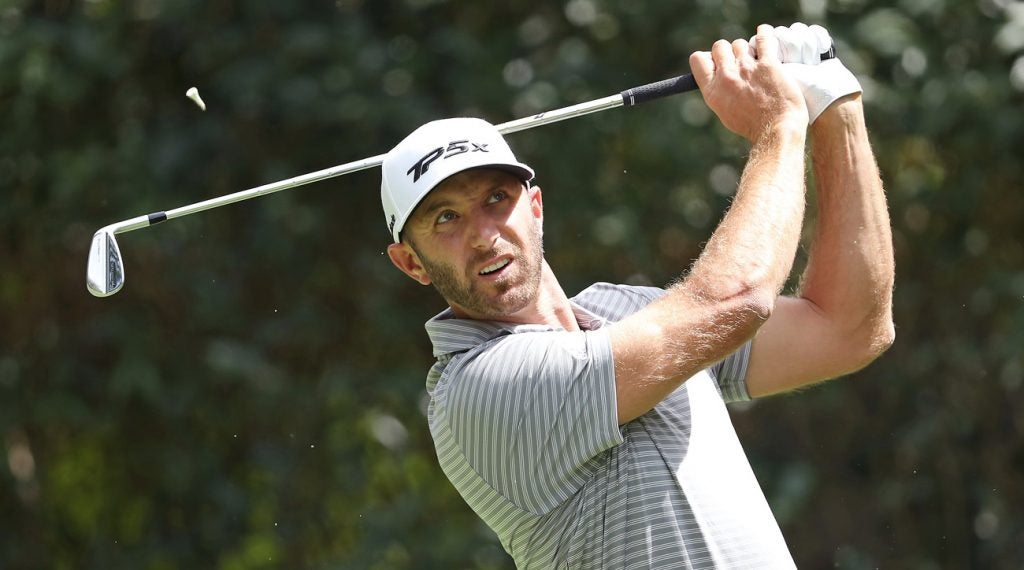 After a bogey-free first round that included seven birdies on Thursday, DJ followed up with yet another bogey-free round on Friday. This time, he only made four birdies, but it was enough to take control of the tournament at the halfway point. He’s currently 11 under par overall — two shots ahead of Rory McIlroy and Matt Kuchar.

Though he just won the first international event of his career, the Saudi International, earlier this month, Johnson hasn’t won on the PGA Tour since last year’s RBC Canadian Open. A win this week would mark No. 20 in DJ’s career Tour tally.

In addition to Rory McIlory, who managed to stick around at T2 despite a lackluster second round (more on that later), several other A-List players made their way to the first page of the leaderboard on Friday. Most notable among them: Matt Kuchar (-9, two shots back) and Sergio Garcia (-7, four shots back) — two players who could use some positive PR this week.

Tommy Fleetwood also made a statement, with the low round of the day: 65. He’s currently four shots back of Johnson’s lead at eight under par overall. If only all our rounds could start like his did on Friday.

Tiger Woods was T25 heading into Friday’s second round after firing an opening round of even par on Thursday, but he surged up the leaderboard in Round 2, powered by minimal mistakes (one bogey) and six birdies.

The best news for Tiger fans? That he’s still capable of hitting shots like this one.

What a swing.
What a shot.

Woods is currently T8 — six shots back of Johnson’s lead.

After a troubling opening round of eight over par that pushed him to the bottom of the leaderboard, Mickelson perked up on Friday, posting a front nine 31 and a back nine 34 — that’s six under par for Round 2.

The defending champ moved 31 spots up the leaderboard to T39 heading into Saturday’s third round.

Tournaments
Phil Mickelson: Players Championship ‘not a must-play for me’
Rory faded ... just a little

McIlory led by a shot after Thurday’s first round, which was an impressive performance that included seven birdies and an eagle — but the putter wasn’t behaving quite as well as yesterday, and McIlroy was subsequently passed by his peers on Friday.

Even for the best golfers. pic.twitter.com/8cQzpfoMDC

He ended up with four birdies, one bogey and a double bogey in Friday’s round, and is two shots back of Johnson’s lead at the tournament’s halfway point.