Sorry golf fans: you won’t be seeing Tiger Woods at the Honda Classic. The 14-time major champion announced on Thursday that he will not be teeing it up at PGA National in Palm Beach Gardens next week. But Tiger said that he will be playing next month in the Arnold Palmer Invitational at Bay Hill in Orlando and the Players Championship at TPC Sawgrass in Ponte Vedra Beach.

“Unfortunately, due to the schedule this year, I cannot play all the events I want to,” the 43-year-old Woods tweeted. “I will be taking next week off and playing in the @APinv and @THEPLAYERSChamp. Sorry to miss seeing Jack and everyone at Honda.”

Woods, who has never won the Honda Classic, has played twice in 2019: the Farmers Insurance Open and Genesis Open. While he finished tied for 20th at Torrey Pines in San Diego last month, Tiger tied for 15th at Riviera Country Club in Los Angeles this past week. He’s still looking for his first victory of 2019.

Woods admitted on Wednesday that it is “very complicated” when it comes to figuring out which events during the PGA Tour’s Florida swing that he will play.

“Next week’s at home for me, then there’s a tournament that I’ve won there eight times,” Woods said during his press conference. “Then another event that I’ve won a couple times. Then the week after that is where I had an unbelievable week last year.” 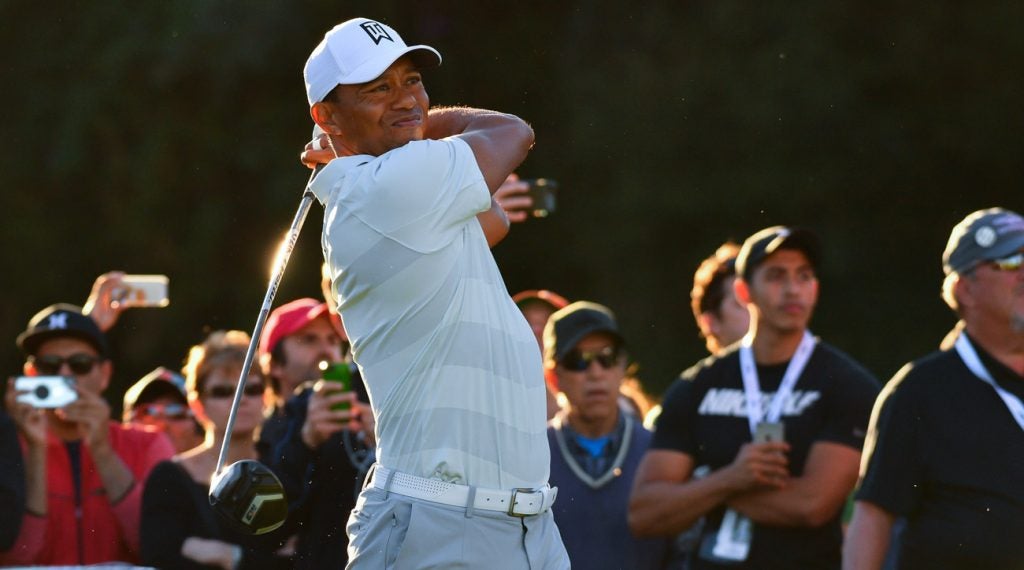 Tiger Woods during the second round of the 2018 Genesis Open.
Getty Images

In the meantime, Tiger will be playing in this week’s WGC-Mexico Championship at Club de Golf Chapultepec, an event that he has previously won seven times, but never in its current iteration.