After recent visits to Erin Hills and Chambers Bay, there were some who believed the USGA was losing its classic-venue identity. But if you look ahead to the U.S. Open’s post-Pebble future, it’s clear that iconic, formidable venues abound. Check out the sites we have to look forward to in the next seven years.

2020: Winged Foot Golf Club (West Course), Mamaroneck, N.Y.
Of the five U.S. Opens contested at Winged Foot, three have produced a winner who finished over par. Perhaps the most notorious of those instances came in 1974, an event that would be known, aptly, as “The Massacre.” That year, Hale Irwin prevailed in one of the most difficult tests in the sport’s history, winning the tournament at seven over par. The USGA has been widely criticized for their handling of course setups in recent years, so it’s unlikely there will be comparable bloodshed when the U.S. Open comes back to Mamaroneck. But Winged Foot will certainly provide a test that’s more than up to snuff for the nation’s championship.

2021: Torrey Pines Golf Course (South Course), San Diego, Calif.
The mere mention of “Torrey Pines” and “U.S. Open” conjure images of Tiger Woods fist-pumping in 2008, having overcome a torn ACL to claim his third U.S. Open. Woods made a 12-foot birdie putt on the 72nd hole to force an 18-hole playoff with Rocco Mediate, which Woods would win the the next day. It’s a performance that will live on in golf lore in perpetuity. In 2021, the U.S. Open returns to San Diego for an encore, and let’s just say 2008 will be a tough act to follow.

2022: The Country Club, Brookline, Mass.
The U.S. Open will return to Brookline, Mass. for the first time in 34 years in 2022. The last time the championship was staged there, Curtis Strange edged out Nick Faldo in a playoff. The Country Club is the oldest country club in the United States, formed in January of 1882. The course has held tournaments for over a century, ranging from men’s and women’s amateur events to major championships. Perhaps most famously, it hosted the 1999 Ryder Cup, which saw the United States narrowly prevail over the Europeans, 14.5 – 13.5, after trailing 10-6 heading into Sunday’s singles session. It remains one of the shining moments in United States golfing history. 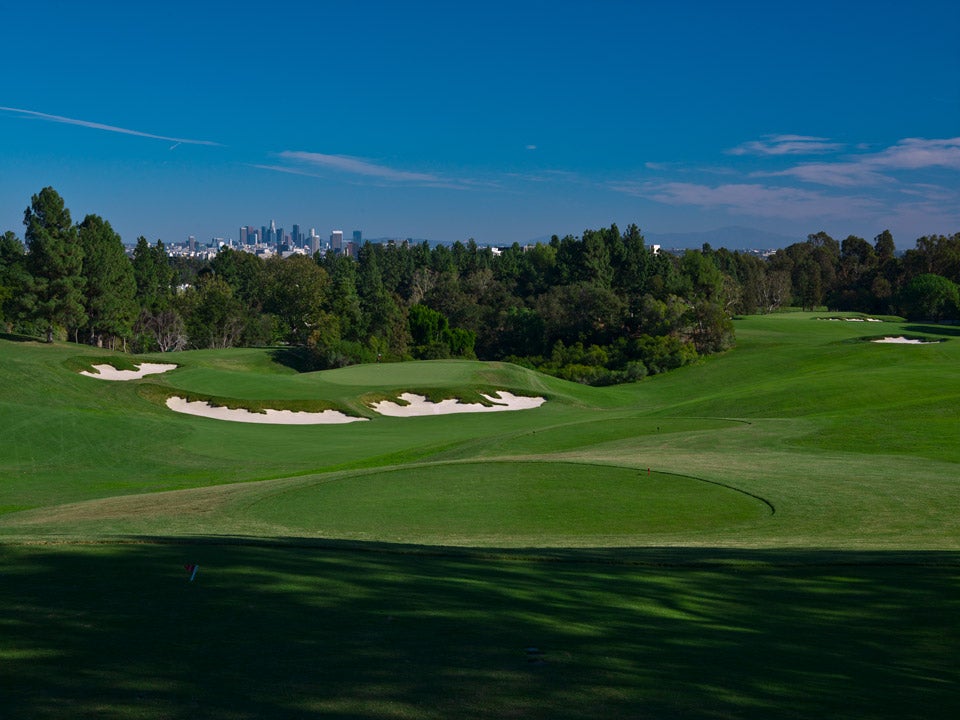 2024: Pinehurst Resort & Country Club (Course No. 2), Village of Pinehurst, N.C.
The first time Pinehurst No. 2 hosted a U.S. Open, in 1999, Payne Stewart holed an 18-foot putt on 18 to hold off Phil Mickelson and claim the title. There’s now a statue behind the 18th hole commemorating the late Stewart’s winning pose. Mickelson is still searching 20 years later for that elusive U.S. Open title to complete the career grand slam, and, in retrospect, ’99 might have been his best shot. Since then, Pinehurst has hosted the national championship twice, with Michael Campbell taking home the title in 2005 and Martin Kaymer winning in 2014. Pinehurst is not short on golf history — and it will look to make some more in 2024.

2025: Oakmont Country Club, Oakmont, P.A.
The 2025 U.S. Open will mark the 10th U.S. Open (the most ever) and 13th major championship in Oakmont’s illustrious history. Most recently, it was the stage for Dustin Johnson’s first major championship, when Johnson took home the 2016 title. It’s a fitting site for the 125th U.S. Open, sure to challenge the world’s best — whomever those players may be six years from now.

2026: Shinnecock Hills Golf Club, Southampton, N.Y.
Of the next seven sites, Shinnecock will be the quickest to repeat, having hosted the tournament just last year, in 2018. That was the second of Brooks Koepka’s back-to-back U.S. Open titles (and perhaps this one will mark his 10th in a row?). While that’s unlikely, and while it’s hard to know much about life in 2026, one thing’s for certain: America’s championship will continue to roll on.